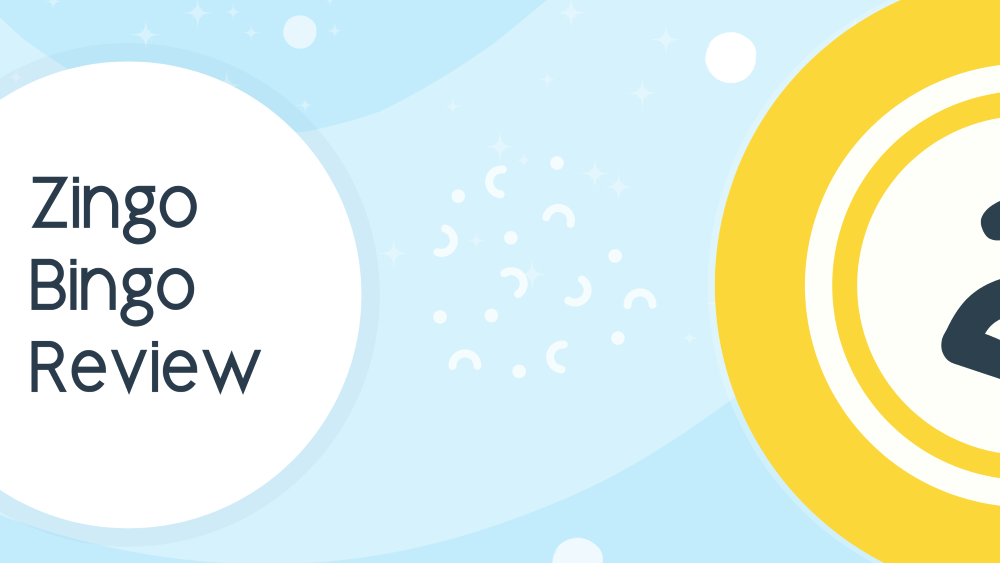 Are you looking for a funky, quirky bingo site to try your luck on?

Then Zingo Bingo might be the rhyming bingo site for you!

Read our Zingo Bingo review to get the facts and see if it’s worth your time.

Zingo Bingo was launched by Jumpman Gaming in 2012, making it one of the company’s older online bingo sites.

Jumpman Gaming has over 100 brands they’ve custom designed for their business partners over the decades.

They use a Great British Gambling Commission license for all UK operations.

Although the Zingo Bingo website feels slightly outdated, it’s still fast and responsive on all devices, including mobile browsers. This is essential, as they offer no dedicated mobile apps!

If you need help, you can send an email to support@zingobingo.com or access their live chat feature.

As can be expected, Zingo Bingo uses the Jumpman Gaming proprietary software.

ID is required before you’re able to play any of Zingo Bingo’s games.

Zingo Bingo displays all of their bingo games together for easy navigation:

There are a couple special games worth highlighting.

First are the 4x Bingo Millions games, which offer jackpots of £1 million to £1.5 million each:

Then there’s Mega Bingo Millions, which is a 90 ball game offering a 10 million jackpot. The game is played weekly and costs £1 to join:

There are 5 loyalty tiers, which you climb as you progress through Zingo Bingo’s rooms. Rewards include daily cashback, birthday bonuses, and free spins!

We were able to find 21 user reviews in total, giving Zingo Bingo an overall user rating of 3.62/5 stars.

Player complaints are the usual, with ID verification taking too long, low player activity, accounts being closed for no reason, and lackluster management:

Even user “TheMeerkat” admits in their mostly positive review that Zingo Bingo isn’t “much of an innovative site” – although they still praise Zingo Bingo’s overall usability:

Overall the reviews are pretty good for Zingo Bingo although the player activity is quite low and there’s not that many people to chat too so why not checkout our list of the best online bingo sites here.

And if you’ve played at Zingo Bingo then don’t forget to leave your review below!