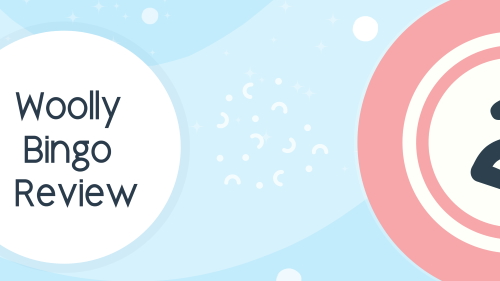 Woolly Bingo is “celebrating the wonderful woolly world of online bingo” with “all the games you love and lots of fun bingo nights.”

But is there really cause for celebration – or are they pulling the wool over your eyes?

Read our Woolly Bingo review to find out!

Who Are Woolly Bingo?

They use the Dragonfish software, and you need to submit ID before you can start playing bingo at Woolly Bingo.

Meanwhile, the site says there’s a Woolly Bingo app, but it isn’t listed on the Apple App Store or Google Play.

Luckily, you can play Woolly Bingo with your mobile browser!

Withdrawals will take up to 10 days for UK players and 15 days for European players.

Woolly Bingo offers a variety of 90 ball, 75 ball, and 52 ball games spread out through 6 lobbies:

Let’s take a look at the lobbies and what you’ll find there:

Despite the name, the Daily Jackpots lobby only offers one daily jackpot. The other 4 games are only available once a week.

Even though the games in this lobby are free to enter, you do need to deposit at least £10 for them to become available!

This is another very active lobby, with hundreds of players for the daily games and thousands for the weekly ones.

You need to be a VIP Member to get an “invite” to this lobby, but all 3 games are very popular.

Bingo Roulette: Uses a casino roulette wheel to determine which numbers are being called out. Players use digital poker chips to cover their numbers and the first to cover all 5 wins the pot.

Mystery Jackpot: Only reveals the prize about 10 seconds before the game begins, but can be as high as £500.

Prize Room: is similar to Mystery Jackpot, except it’s only available monthly. The prize remains a mystery until it’s announced with the Shopping Spree promotion at 9 PM on the 16th of every month.

The member’s area is easy to navigate, with the same simplistic design.

Woolly Bingo also offers a few running promotions, some of which change often. However, you can always count on Happy Hour every Monday from 4 PM to 6 PM.

During Happy Hour, you can use the code HOUR for a 100% bingo bonus on your deposit up to £100, with no limits on how many deposits you make.

You’ll also automatically join the Weekly Rewards VIP program, where you level up based on your total deposits each week.

Woolly Bingo is not that popular based on the user reviews we found.

All of the reviews mention the same thing: all of the sites are clones of each other with a new name and a different theme.

One user replied to another review to add that the slots take forever to load and buying bingo tickets takes longer than it should:

While it’s true that a lot of sites are pretty much the same because they run on the same software we believe that 888 (the company behind Woolly Bingo are trustworthy.

So whether you join or not depends on if you like the theme or not because bingo games run all the time and there’s some nice prizes to be won.

And if you’ve played at Woolly Bingo, don’t forget to leave your review below!