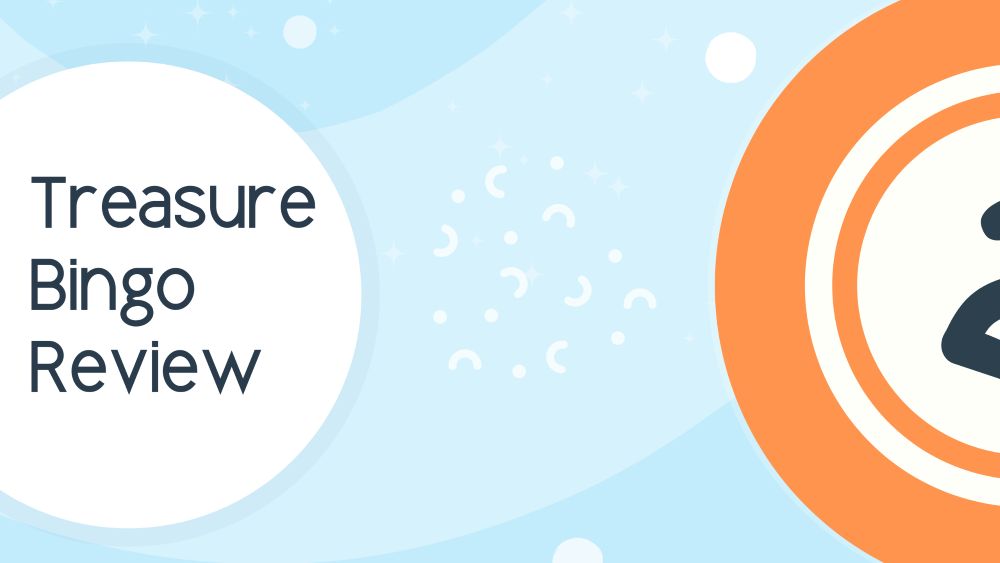 Do you dream of winning a bingo jackpot and taking home the ultimate treasure? Then perhaps Treasure Bingo is the site for you!

But will the treasure consist of actual winnings or just an empty coffer?

Read our Treasure Bingo review to find out!

Like many bingo sites, Treasure Bingo is owned by 888 Group, who operates via their Great British Gambling Commission license.

Despite being launched in 2014, the Treasure Bingo website is modern and displays a fun treasure island theme.

The website is also responsive on all devices, which works in Treasure Bingo’s favour, as they offer no mobile apps.

As always, you need to provide ID when creating your Treasure Bingo account.

There are a couple special games worth highlighting:

First up is Mystery Jackpot, whose jackpot remains a mystery until just before the room opens. You can typically expect a jackpot between £10 and £500.

Bingo Academy is a free 90 ball bingo game found in the Free Lobby. It’s perfect for beginners, although it’s only open for 2 days after joining.

We could only find 6 reviews, giving Treasure Bingo an overall rating of 1.17/5 stars.

Unfortunately, most were users complaining of the same winners, not having fun on the site, and not receiving the welcome bonus:

Treasure Bingo is a well-established site with good activity and a nice selection of games to play and prizes to be won.

The reviews aren’t great though so you might want to take a look at our list of the best bingo sites here instead.

And if you’ve played at Treasure Bingo then don’t forget to leave your review below!