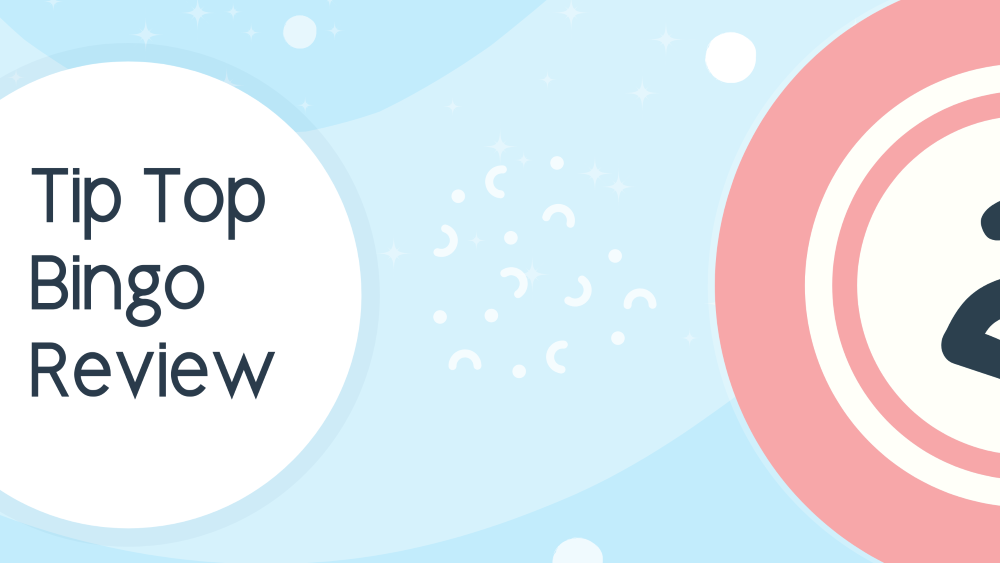 If you’re looking for an online bingo site that feels tip top then perhaps Tip Top Bingo is the site for you!

But will it leave you feeling at the top of your game or tipping over the edge?

Read our Tip Top Bingo review to find out!

Tip Top Bingo’s overall design is quite elegant, giving the brand a sophisticated yet welcoming look. There doesn’t appear to be a distinct theme, but the pastel colors make Tip Top Bingo feel modern enough.

If you need help, you can contact Tip Top Bingo via:

Mystery Jackpot is a popular bingo game on most 888 Group sites and dozens of others.

The jackpot remains a mystery until just before the room opens. Based on what other 888 Group sites show, the jackpot is randomly selected, but always between £10 and £500.

Cover all 5 numbers and the prize pool is yours!

This 90 ball game has the most expensive tickets (£5 each), but is also the most popular room at Tip Top Bingo. When we were writing this review, there were nearly 1,300 players signed up a day in advance!

The member’s area at Tip Top Bingo looks similar to the main site and is just as responsive.

The same can be said when visiting through mobile browsers – which is good news for members who play bingo on-the-go, as Tip Top Bingo doesn’t offer dedicated mobile apps!

Finally, as always, you need to provide ID when creating your Tip Top Bingo account.

Although Tip Top Bingo is a relatively old site, the brand only has 11 user reviews split between 2 different sites.

Complaints follow the usual trend, with players mentioning the same winners in almost every game. They also mention being frustrated with over-crowded rooms and low prizes.

But the harshest of complaints comes from user Mag17, who says their account was locked because they didn’t agree with Tip Top Bingo’s “aggressive policy on data gathering”:

Tip Top Bingo has some regular players, a good selection of games to play and jackpots to be won but the reviews are a bit mixed though.

Why not checkout our list of the best bingo sites here and if you’ve played at Tip Top bingo then leave your review below!