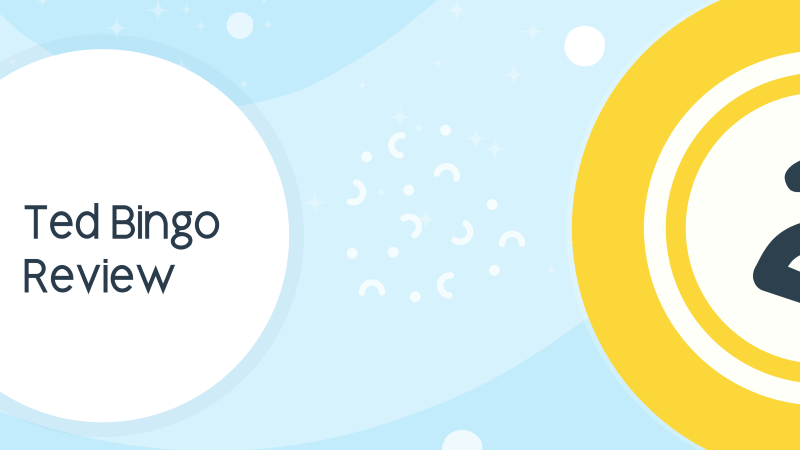 There’s a Ted Talk joke to be made somewhere with Ted Bingo, but what’s the punch line?

We’ll let you decide when you give the online bingo brand a try!

Of course, the real question begs, is Ted Bingo even worth a try?

Or are you better using your punch line (and money) elsewhere?

Read our Ted Bingo review to find out!

Reflecting that launch date is Ted Bingo’s website, which is modern and responsive, albeit with a reused 888 Group layout and no discernible theme.

If you’re lost, you can contact Ted Bingo via:

Ted Bingo offers an assortment of 90 ball, 75 ball, and 52 ball games spread across 7 lobbies. The rooms are open frequently, daily, weekly, and monthly.

While the jackpot games attract higher player activity (and run less often), you can still only expect to see 250+ players joining.

If you’re a fan of 888 Group sites, you’ve most definitely heard of Mystery Jackpot!

Similar to Mystery Jackpot, Bingo Roulette is another guaranteed addition to most 888 Group sites – and for good reason!

Like the casino game, the 52 ball bingo game spins a roulette wheel to determine which numbers are called out. Players can then cover the called numbers with casino chips.

The first player to cover all 5 numbers will enjoy taking home the gold!

Bingo Roulette is open once per day and tickets cost 5p.

The best part: tickets only cost £1 each!

Ted Bingo has a modern and user-friendly member’s area, although the layout is copied from dozens of other 888 Group sites.

We can’t be too picky though – it’s at least easy to navigate and just as responsive as the main site. The same is true for mobile browsers.

This is important for on-the-go bingo players, as Ted Bingo offers no dedicated mobile apps for Android users. Apple users, on the other hand, can enjoy the native iOS app!

Unexpectedly, Ted Bingo doesn’t offer a lot of information on their Loyalty Club, though we were able to unearth a few details in their Terms & Conditions.

The Ted Bingo Loyalty Club appears to be your typical rewards system, with players earning loyalty points by making deposits. The loyalty points can later be exchanged for bingo bonus cash.

Finally, as always, you need to provide ID when creating your Ted Bingo account.

Although Ted Bingo has been around for almost 4 years, we were only able to find 13 reviews for them online.

The criticisms were pretty standard, with users complaining of never winning, technical issues, and the same players winning all the games:

However, many users sang praises for Ted Bingo, admiring their awesome offers and prizes, good support, and variety of games:

Overall, Ted Bingo could be a nice site to play but we’d still recommend checking out our list of the best online bingo sites here first.

And if you’ve played here then please leave a review below!