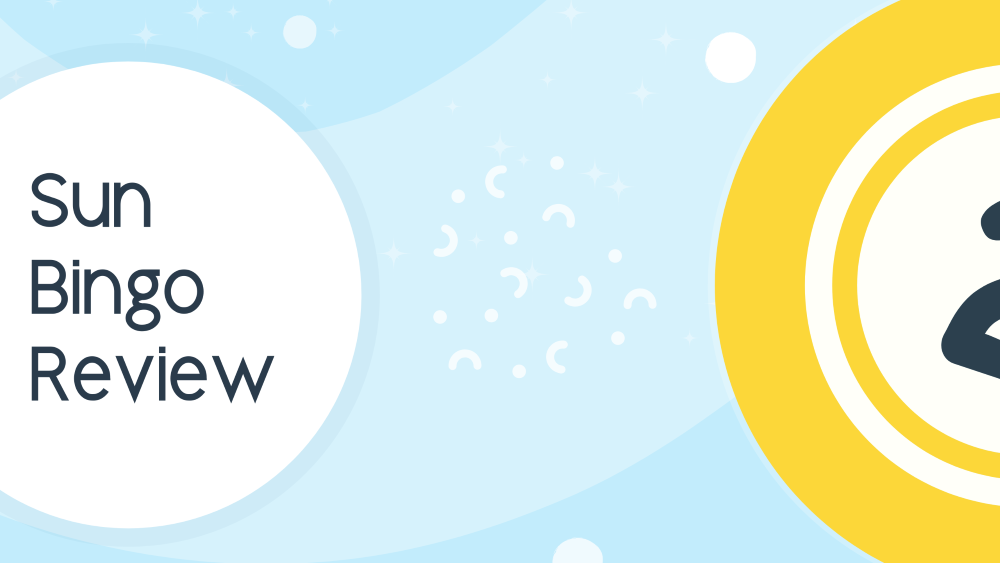 Sun Bingo says, “If you have been searching for a new, high quality online bingo experience then look no further.”

Read our Sun Bingo review to find out if they’re telling the truth!

Who Are Sun Bingo?

As you might have guessed from the name, Sun Bingo is the online bingo branch of UK newspaper The Sun.

The site was launched in 2006 and was passed from one operator to another, starting with Tombola. Gamesys took over after 4 years before handing the site over to Playtech in November 2015.

You may have seen them advertised on T.V as they were the official sponsors of the Jeremy Kyle show in 2018.

Sun Bingo displays a very simple website design that loads fast and is very responsive. For mobile users however, Sun Bingo offers an ios and Android app available for download on their website or the app stores.

As you can imagine, with PlayTech’s Virtue Fusion currently operating Sun Bingo, the games also rely on PlayTech’s software.

Sun Bingo is also fairly active on their Facebook page with over 18,000 likes.

You need to provide a lot of documents — including ID, proof of residence, proof of payment method, and source of income before Sun Bingo lets you use their site.

What Games Does Sun Bingo Offer?

Sun Bingo’s organization is a little messy, with all bingo games being lumped together.

However, you can also separate them into 3 lobbies:

The Sun Bingo 90 ball lobby offers 8 rooms, so most of the games are found here.

There’s a new game running almost every minute in the 90 ball lobby, making it fairly popular with 10 to 300 players at a time.

With only 2 rooms, the 75 ball lobby doesn’t give players as much variety as the 90 ball lobby but the 2 games here tend to be more popular.

Deal or No Deal, however, offers a progressive jackpot that runs over £9,000 every day! There’s also a 90 ball version in the bigger lobby, so you won’t miss out if you prefer one variation over the other.

You can find a new game in this lobby every minute or so, with anywhere from 200 to 500 players on average.

You can usually find 15 to 200 players per game in this lobby.

To start off, Sun Bingo offers the Learner’s Room, which gives new members 7-day access to a free-to-play bingo game.

The Loyalty Shop offers a fairly standard VIP/rewards system where you spend real money to level up and receive exclusive rewards.

Based on a lot of user reviews found online, Sun Bingo doesn’t live up to their promise of being the “new, high quality online bingo experience.”

There are the usual complaints of a broken, nonsensical bonus system that requires you to spend 30x as much real money before you can withdraw any winnings.

Added to that are the common accusations like always having the same winners and terrible support:

Nitsuj1 also points out it’s nearly impossible to get into the site as Sun Bingo takes forever to verify the huge stack of documents they ask you to send. The user also complains customer support was “loads of rubbish” and rude:

More disturbing are the reviews that mention a group of Sun Bingo’s favorites who have multiple accounts (in violation of the rules) and bully other players:

With all that said, the more recent reviews are more positive even if they don’t say much:

Despite Sun Bingos mostly negative reviews it may not all be doom and gloom.

The site does have lots of nice bingo games to play and prizes to be won so could be worth checking out if you’re a Sun reader and want to play some bingo.

If you’ve played at Sun Bingo then don’t forget to leave your review below!

And if you’re thinking of joining then checkout these Sun Bingo bonus codes for a £50 signup bonus!