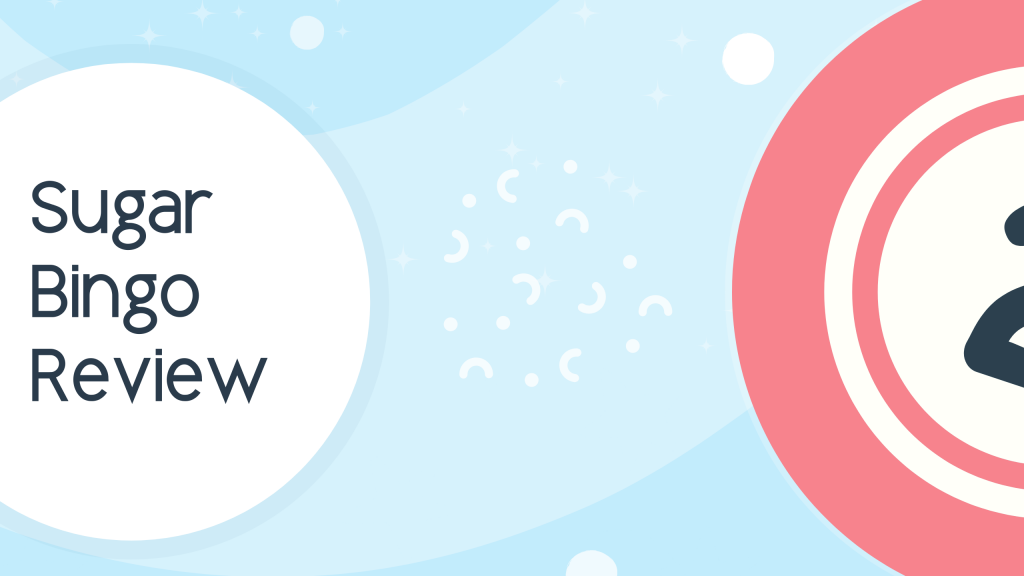 Or will they cause nothing but unwanted cavities?

Read our Sugar Bingo review to find out!

Like many bingo sites, Sugar Bingo is owned by the 888 Group and they have a Great British Gambling Commission license to operate in the U.K.

The Sugar Bingo website was launched in 2014 and is responsive on all device types, which is great for Android users as Sugar Bingo doesn’t have a dedicated mobile app in the Google Play Store.

There is one for iOS users, however.

As always, you need to provide ID when creating your Sugar Bingo account.

Sugar Bingo offers a standard range of 90 ball, 75 ball, and 52 ball bingo games. These are spread out across 6 lobbies, including one free lobby.

There are a variety of games that run frequently, daily, weekly, and monthly, and the ticket prices range from 1p to 20p each for the regular games.

These games also tend to attract around 30 players at a time.

For games with a dedicated or progressive jackpot (the largest of which is £1 million), the tickets cost up to £5 each. These games naturally attract higher player activity, with 1,300+ players to a game being relatively common.

There are a few special games worth mentioning:

Bingo Roulette is another 888 Group standard.

The 52 ball game mimics the popular casino game, with players covering numbers with casino chips and a roulette wheel spun to determine numbers called out.

Cover all 5 numbers and you win the prize pool!

If you like mixing things up by playing the slots, then the Beat The Bobbies daily 90 ball game is the one for you! It’s free to join and you have the chance to win 25 free spins.

Mystery Jackpot is another 888 Group standard.

The jackpot remains a mystery until just before the room opens but based on what other 888 Group sites reveal, we can confidently say the jackpot is randomly selected to be between £10 and £500.

Last, but not least, is the monthly Self Made Millionaire game.

The reviews for Sugar Bingo are quite mixed. Some people like the site and others do not.

The complaints are pretty standard: the same winners winning games, users have difficulty logging in at times, and the withdrawal system being rigged to make collecting your winnings next to impossible.

Carol McVey left the most recent review we could find. Unfortunately, it wasn’t good—Carol says Sugar Bingo “has to be the worst bingo site I have ever used”:

A user named milley2 says Sugar Bingo also refused to give them their welcome bonus:

Woolley69 says Sugar Bingo shut their account down and confiscated all their winnings after a few days, with the feeble excuse that the user had “another account.”

Another account with a different 888 Group site suggests Sugar Bingo is part of a linked series of cloned sites:

One of the only positive reviews posted after 2014 comes from a user who uses Sugar Bingo more for the slots than the bingo:

Two positive reviews from 2016 and 2017 don’t appear trustworthy—the remarks almost look like they’ve been lifted from a marketing campaign. Take a look at Tyson Ronnie’s comments, for example:

Maggiebabes gave a positive review in 2014:

Despite some of the negative reviews about the bonus offer, Sugar Bingo does have a nice design and a good selection of bingo games to play so could be worth a try.

If you’ve played at Sugar Bingo then don’t forget to leave your review below!