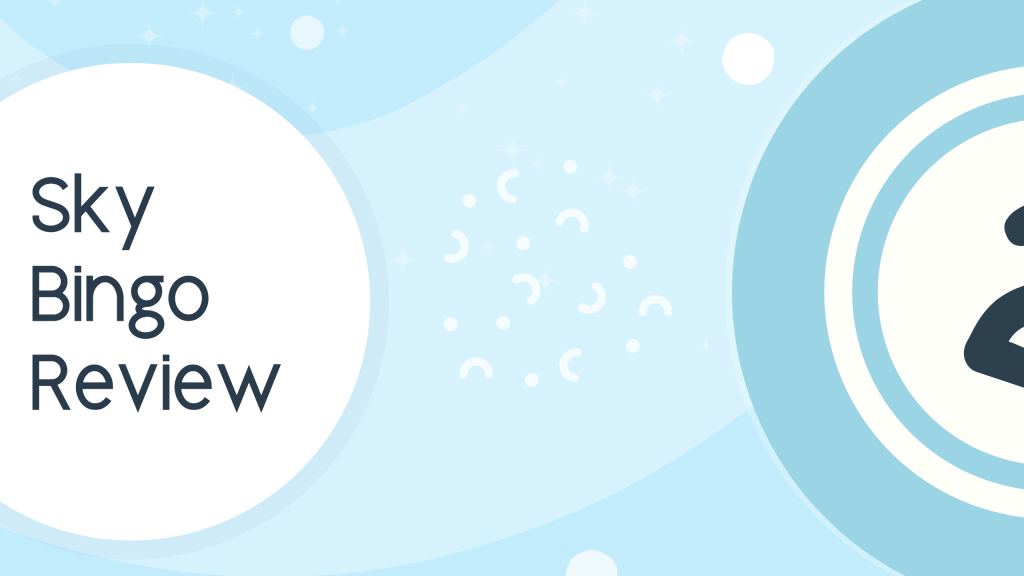 When it comes to Sky Bingo, is the sky the limit or will you fall short?

Read our Sky Bingo review to find out!

Who Are Sky Bingo?

Sky Bingo is part of the entertainment behemoth Sky, a company that covers everything from news and media to broadband and online betting.

Sky Bingo was launched in 2006 with a UK gambling license.

Despite being one of the older bingo sites on the UK market, Sky Bingo’s site loads quickly, features a fresh and modern design, and is easy to navigate on all devices.

Sky Bingo also offers iOS and Android apps, and relies on software by PlayTech and Virtue Fusion to run their games.

You do need to provide ID before you can access their member’s area to start playing.

Withdrawals take up to 5 working days to process. There’s a minimum of £5 for most withdrawals, though for PayPal the minimum is £10.

Most run 24/7 with jackpots and progressive jackpots to be won.

Tickets typically cost 1p to £2 and games attract anywhere from 20 to 250+ players at a time.

There are a few special games worth highlighting.

Deal or No Deal is available in 90 ball and 75 ball versions. If you win the full house, you’re offered the chance to boost your winnings but be careful because you could end up losing  them instead!

Rainbow Riches Bingo is a 40 ball game. Each ticket has 8 numbers and you have the option of buying 5 tickets to be included in the Wishing Well bonus feature.

Age of the Gods Bingo is a Virtue Fusion network game based on the Playtech slots of the same theme.

Most of the gameplay follows the normal 90 ball format, though full house winners are invited to play the Arena of the Gods bonus feature.

Sky Bingo offers a basic loyalty points system where you collect points, level up, and unlock rewards and perks.

As is usually the case with bingo sites, you level up based on how much money you spend.

Kitty3000 also complains Sky Bingo “equates spending power with loyalty,” though she was still enjoying the site enough to give them 4 stars:

One of the few completely positive reviews merely states the user thinks those who complain are in a bad mood because they wagered more than they should have and didn’t win:

Overall, Sky Bingo seems to be a nice but average bingo site and I wouldn’t particularly recommend joining and making this your new bingo home.

If you’ve played at Sky Bingo then don’t forget to leave your review below!