Rosy Bingo Review (2023) Is It All Sunshine And Roses? 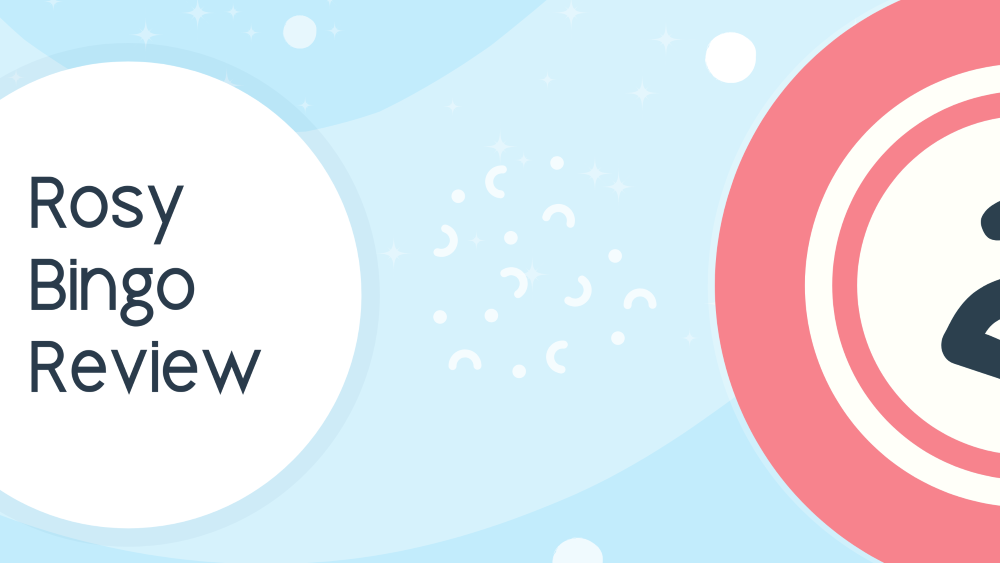 At first glance, Rosy Bingo doesn’t seem to stand out but is the site actually a hidden gem?

Before you sign-up, take a moment to read our Rosy Bingo review and see if it’s worth your time!

Who Are Rosy Bingo?

Rosy Bingo is one of 7 online betting brands owned by Broadway Gaming Ltd.

Rosy Bingo is  Broadway Gaming Ltd’s third site and the first brand the company acquired, rather than developed, in January 2014.

They operate under the same Great British Gambling Commission license.

The Rosy Bingo website offers a fresh and modern feel, similar to its sister sites.

They don’t have any dedicated mobile apps, but Rosy Bingo runs flawlessly on desktop and mobile browsers alike.

The games run with Microgaming software and has a somewhat active Facebook page with around 200 likes.

Broadway Gaming Ltd has a strict verification process for all their sites, including Rosy Bingo.

Rosy Bingo only has 6 bingo rooms to choose from, but they cover all the basics with 90 ball, 75 ball, and 30 ball variants.

It’s possible the 4 daily games attract much higher numbers of players with larger prizes but, unfortunately, we couldn’t gain access to the member’s area to confirm this.

“For every 10 casino credits you wager, we will give you 1 casino credit back in loyalty tokens. You can redeem these in any bingo room under the ‘loyalty’ section of the drop-down menu.”

Unfortunately Rosy Bingo might have the lowest user rating of all the Broadway Gaming sites with most reviews being negative.

Some of the most common player complaints include money being withheld, rude customer service, unclear rules, poor site navigation, and bad bonuses:

The reviews are so overwhelmingly negative we had to search a different site to find users who had anything positive to say about Rosy Bingo.

A huge influx of new players signed up, likely to entertain themselves during COVID-19 lockdowns, which gave the site a contrasting user rating of 4.3/5 stars.

Even so, a recent review accuses Rosy Bingo and Broadway Gaming Ltd of intentionally making it nearly impossible for players to self-exclude:

The positive user reviews on this second site mostly praise Rosy Bingo for having a great customer support team that’s sometimes willing to give you free bonuses if they feel your complaints are justified:

With such a mixed bag of reviews it’s a little bit unclear whether Rosy Bingo is worth joining or not.

If you’ve played at Rosy Bingo then don’t forget to leave your review below!