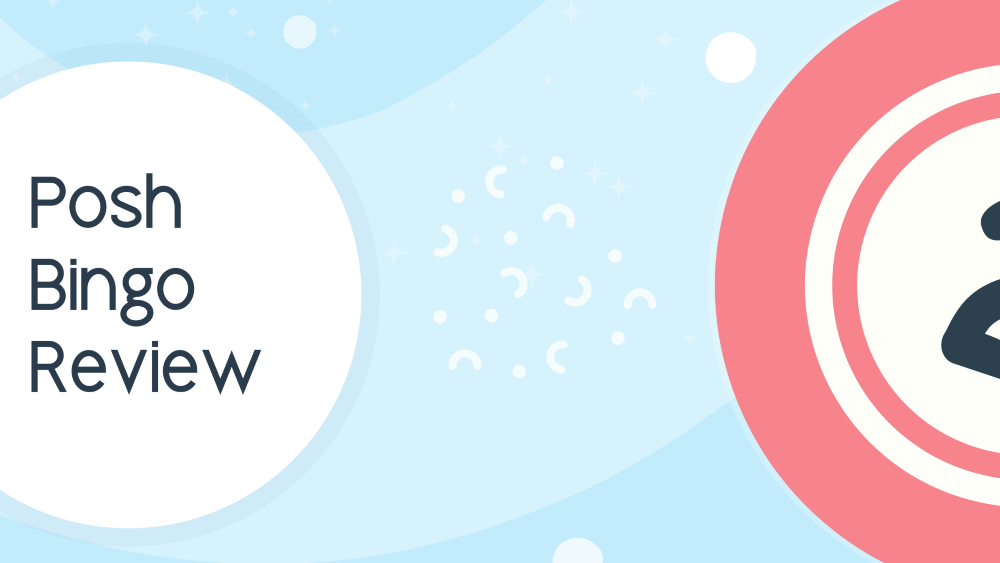 Posh Bingo markets itself as a site for posh, upper class women who like designer shoes, nice things, and bingo.

But will you be up to the posh lifestyle?

Read our Posh Bingo review to discover the facts.

Like many bingo sites, Posh Bingo is owned by the 888 Group, who operates under a Great Britain Gambling Commission license.

Even though the site is relatively old, the design feels fresh and modern, which is perfect for Android users as there isn’t a dedicated mobile app for Android players.

Apple users, on the other hand, can play through the iOS app.

As always, you need to provide ID when creating your Posh Bingo account.

Mystery Jackpot has become a popular bingo game on 888 Group sites and a few others.

As the name implies, the jackpot remains a mystery until just before the room opens. But based on what other 888 Group sites reveal, the jackpot is randomly selected to be between £10 and £500.

Posh Bingo offers a 75 ball and 90 ball version, so you won’t miss out if you prefer one variation over the other.

Joy Gem seems to be a slightly different version of the standard 888 Group loyalty program.

Instead of 5 tiers (like the Diamond Club), there are only 4. But you have the chance to win rewards like spa trips, tickets to shows, and meet and greets with celebrities.

Despite the high society marketing and design themes, Posh Bingo does not sit well with players.

We managed to find 19 user reviews for the site online and 13 of those rate Posh Bingo at only 1 or 2 stars so the reviews aren’t that great.

With most users advising players to avoid Posh Bingo, it’s not surprising to find several common complaints across the board, including issues with very small jackpots and increasingly small bonuses only awarded occasionally (rather than the “every deposit” promised).

Users also complain that Posh Bingo has a lot of bugs, a withdrawal system that seems rigged to take as much time as possible to encourage you to wager your winnings instead, and having the same winners consistently across all Posh Bingo games.

We had to go back to 2015 and even 2013 to find the positive reviews. These suggest Posh Bingo used to deserve the name, though the praises are fairly generic:

Overall, we think that Posh Bingo does have a nice selection of games to play but the small prizes, low player count and negative reviews are a bit worrying.

Why not checkout our list of the best bingo sites here instead.

And if you’ve played at Posh Bingo then don’t forget to leave your review below!