Mummies Bingo Review (2022) Should You Join? 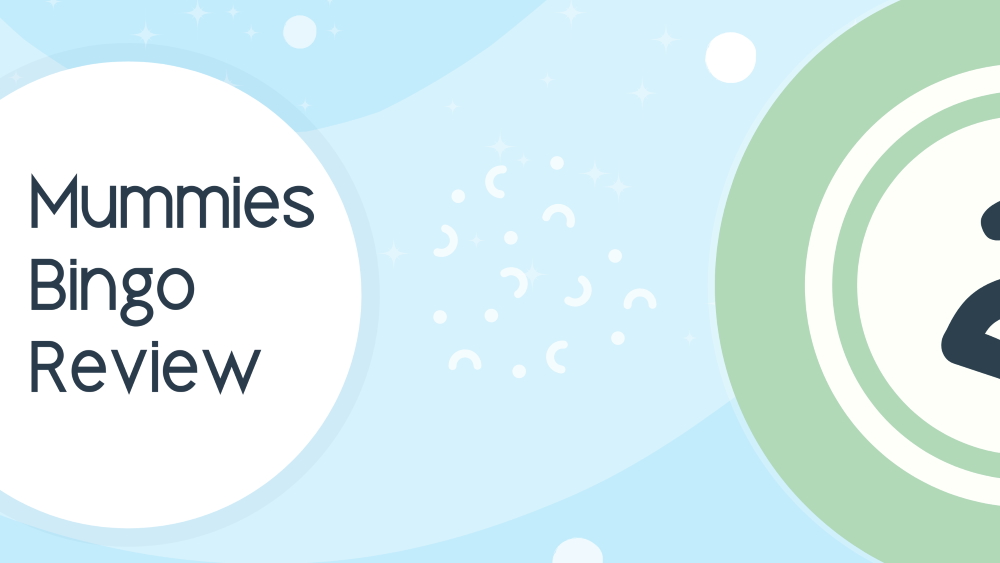 If you’re a mum looking to enjoy your free time with some online bingo fun, then you might be thinking of joining Mummies Bingo!

But will it deliver on its promise of a relaxing and rewarding experience?

Or will you end up wishing you’d binged a Netflix show instead?

Read our Mummies Bingo review to find out!

Mummies Bingo was launched in 2015 by ElectraWorks Limited, making the brand fairly well established, though not the oldest in the company’s collection.

While the site isn’t exactly old, the design certainly feels that way, with an early-2000s, somewhat cartoonish theme.

One thing ElectraWorks Limited is very upfront about: the sites they manage – including Mummies Bingo – are linked. The company says it takes this approach with their bingo prize pools to “provide players with the best prizes available.”

They use a Great Britain Gambling Commission license for all UK operations.

If you need assistance, you can send an email via the online contact form or contact their Live Chat support agents.

This is easily the most popular room on the site, being a 90 ball bingo game with the brand’s biggest jackpot, but also has the most expensive tickets (50p).

Mums who are new to playing online bingo will also appreciate the free to play Newbie Room. Designed to help new players, the 90 ball game runs quite often.

The member’s area at Mummies Bingo doesn’t have the best design, but is as responsive as the main site. This is equally true for mobile browsers – which is good, as there aren’t any dedicated mobile apps!

As always, you need to provide ID when creating your Mummies Bingo account.

And as to be expected, the platform uses the proprietary ElectraWorks software.

There are no free no-deposit games available, unfortunately.

You need to deposit (and wager) real cash to earn loyalty points, which let you progress toward becoming a Ruby VIP or Emerald VIP member.

Although Mummies Bingo has been around for quite a few years, there aren’t many user reviews online.

We were only able to find 12 in total, giving Mummies Bingo an overall user rating of 2.33/5 stars on one site and a mere 1/5 stars on another.

Players complain about the site not paying out player winnings and having an incredibly slow withdrawal process (plus complicated wagering requirements) that seem to encourage players to bet their winnings instead:

The second site where we found user reviews only had 3, all of which complained about the same issues. User Richard Green goes into great detail regarding the withdrawal issues faced by many players:

Overall Mummies Bingo seems is a pretty good site to play at. It’s quite active with other players to chat to and there’s some nice prizes to be won but the reviews are a little mixed so you might want to checkout our list of the best online bingo sites here.

And don’t forget to leave your Mummies Bingo review below if you’ve played there.