Kingdom of Bingo Review (2021) Should You Join? 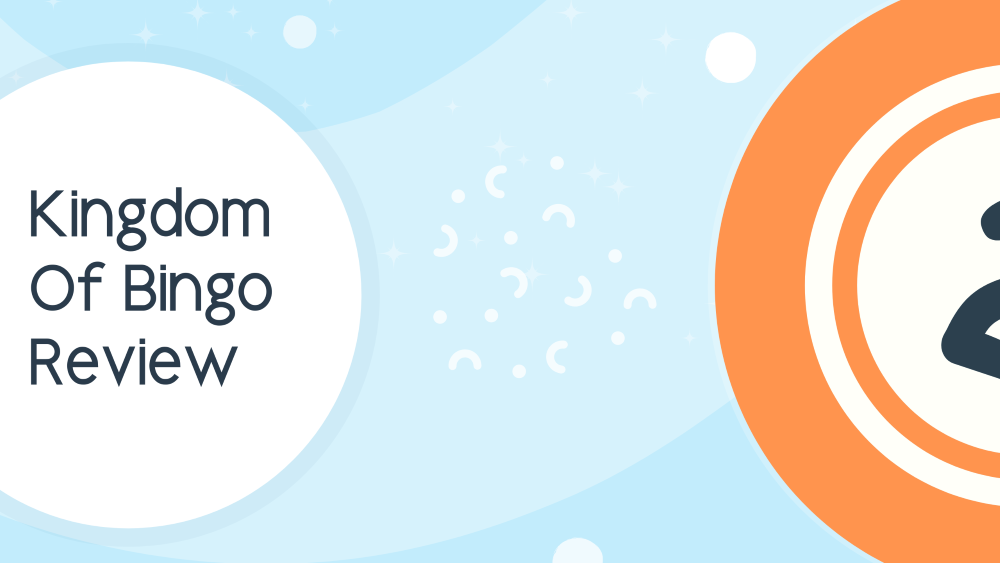 If you’ve been searching for an online bingo brand that treats its members like royalty then perhaps you’ve been summoned to Kingdom of Bingo!

But will it crown you as a winner or leave you feeling like the court jester?

Read our Kingdom of Bingo review to find out!

About Kingdom of Bingo

Kingdom of Bingo is owned by the 888 Group; a well-known company who could likewise be deemed the “king of online bingo sites”, as they own and run so many.

In fact, they have “over 25 million players worldwide.”

Kingdom of Bingo is a somewhat newer project, having only been launched in 2016. Thus, the overall website design feels modern, though the layout is pretty stock-standard.

If you need help, you can contact Kingdom of Bingo via:

What Bingo Games Does Kingdom of Bingo Offer?

Mystery Jackpot’s jackpot is the main attraction for this famous bingo game.

About 10 seconds before the game starts, the jackpot is randomly selected. Even though Kingdom of Bingo doesn’t say so, based on what other 888 Group sites revealed, it can be anywhere from £10 to £500!

Kingdom of Bingo only offers a 75 ball version.

Bingo Academy is another 888 Group standard, but is designed to help new members learn how to play bingo.

To make it more compelling, Kingdom of Bingo lets new “citizens” play for free. Even better, you can win real cash with this 90 ball game!

Playing at Kingdom of Bingo

The member’s area at Kingdom of Bingo shares a similar fantasy-themed design with and is as responsive as the main site. This is also true for mobile users – which works in Kingdom of Bingo’s favor, as there are no dedicated mobile apps!

Like all 888 Group bingo sites, Kingdom of Bingo uses the Dragonfish software.

Every time you deposit, you’ll earn Diamonds and level up from pauper to prince.

As always, you need to provide ID when creating your Kingdom of Bingo account.

Being a relatively new bingo site, Kingdom of Bingo only has 1 user review so far (that we were able to find).

Unfortunately, the brand seems to be unpopular here, with a user-rating of 1/5 stars!

The player, alias Cazzy571, says Kingdom of Bingo was a waste of money, with very few other players but always the same winners:

It is worth mentioning this review was made in 2017, only a year after Kingdom of Bingo was launched.

Although we could only find one review and it was negative there do seem to be quite a few players on there playing regularly and there’s some good games and jackpots to be won so it might be one to give a try!

And don’t forget to checkout our list of the best online bingo sites here and leave a review if you’ve played at Kingdom of Bingo!

Welcome Offer: 18+ new players only. Offer valid until further notice. Minimum deposit £10. Maximum amount of tickets is fixed at 120. Tickets will be awarded to 4 specified rooms only, 30 tickets per room. Max 6 tickets per game. Winnings in real cash. Deposit balance is available for withdrawal at any time. General withdrawal restrictions & full T&Cs Apply

Welcome Offer: 18+ new players only. Offer valid until further notice. Minimum deposit £10. Maximum amount of tickets is fixed at 120. Tickets will be awarded to 4 specified rooms only, 30 tickets per room. Max 6 tickets per game. Winnings in real cash. Deposit balance is available for withdrawal at any time. General withdrawal restrictions & full T&Cs Apply