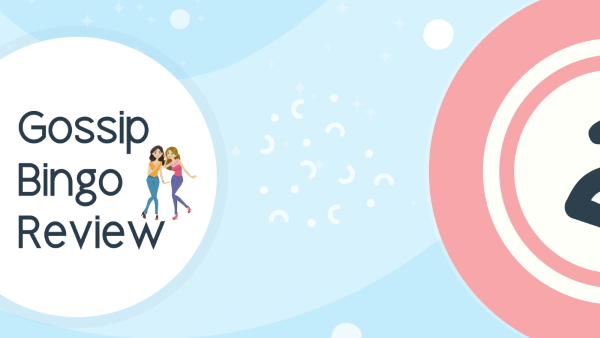 We’ve got the gossip on Gossip Bingo! Here’s everything you need to know about this online bingo site.

Who Are Gossip Bingo?

Gossip Bingo is another of the many, many bingo sites owned and operated by 888 Group and it has a Great British Gambling Commission license to offer online bingo in the UK.

Apart from that, it’s quite difficult to find any info on the people running the site.

The Gossip Bingo website was launched in 2010, making it one of the older bingo sites. The design leaves much to be desired and even though the carnival theme adds a bit of fun playfulness, it’s unclear how the theme ties into the name.

The site is also a bit tough to navigate. After finding and following the Contact Us link, you’re offered the following options:

They also claim there’s a mobile app, but we couldn’t find it.

Luckily, the site runs smoothly on mobile browsers. However, only a limited number of deposit methods are available to mobile users and you need to access your account on your desktop to make any withdrawal requests.

Deposit and withdrawal minimums are both £5 and because of new laws in the U.K, you won’t be able to use a credit card to make a deposit.

As always, you need to verify your ID (and possibly your payment method) to use Gossip Bingo.

There are a few different lobbies to choose from when playing at Gossip Bingo:

All the bingo games are either 90 ball or 75 ball. Some of them are similar to the usual 888 Group games, but they don’t appear to be linked and they also have some special games to play.

While not the most popular Gossip Bingo lobby, Live Bingo does offer 7 games that run regularly:

You need to have deposited funds in your Gossip Bingo account before any of the Free Bingo lobby games become available for a limited amount of time. All of them are 90 ball games and run daily (some at set intervals only).

Player numbers range from 5 to 95 per game on average, though it isn’t unheard of to see 150 players at a time and jackpots go up to £500. Not bad for a free bingo game!

It isn’t clear how you can gain access to the Invite Only games in this lobby, as Gossip Bingo’s rewards program (the same Diamond Club found on many 888 Group bingo sites) doesn’t seem to be active.

However, both games have over 200 players signed up, so the games are running according to their usual schedule.

Gossip Bingo also offers a few special games, which are scattered between some of their other lobbies:

Gossip Bingo’s member’s area is at least easier to navigate than the main website. As mentioned earlier, the Diamond Club rewards program doesn’t seem to be available anymore.

Online reviews are split pretty evenly between rating the site as excellent or bad, but the most recent review available was from 3 years ago.

Some of the complaints are, technical issues when trying to get the games to work properly, the new withdrawal rules ruining the experience, and players getting their accounts suspended for no reason:

Overall Gossip Bingo seems like a nice site with games running often and some nice prizes to be won.

Don't forget to leave your Gossip Bingo review below if you've played there!