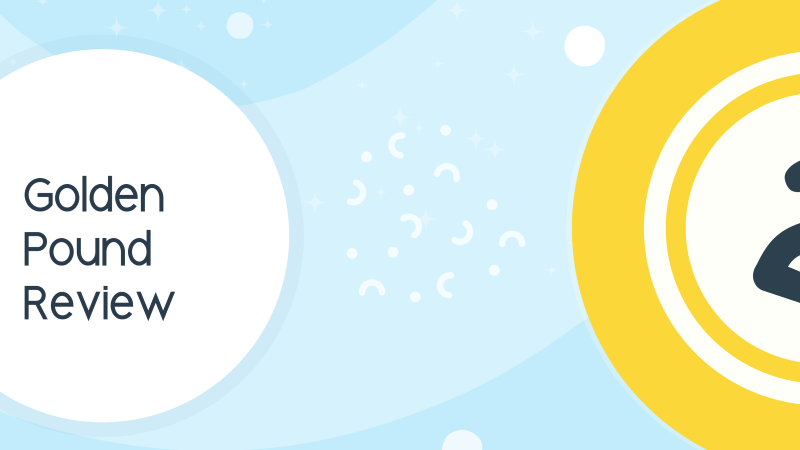 If you’ve been prowling the internet for the golden way to play bingo, then look no further than Golden Pound Bingo!

The question is, will Golden Pound Bingo deliver on its promise of “edge-of-the-seat moments”?

Or will you literally fall off the edge of your seat by losing all your money?

Read our Golden Pound Bingo review to find out!

Golden Pound Bingo is owned by the 888 Group, who launched the brand in 2012. This gives them an edge of experience over their newer sister sites.

Don’t worry though, because Golden Pound Bingo looks and feels like a modern site, with its slightly confusing circus theme and bright, playful colors. It’s also responsive and easy to navigate.

If you’re feeling lost, you can contact Golden Pound Bingo via:

There are a variety of games running frequently, daily, weekly, and monthly. This includes a lobby with a few free bingo games, though you need to make a deposit to access them.

To be expected, these games attract higher player activity and run less frequently. The typical flock of players can reach up to 2,600+!

There are also a few special games worth detailing:

Mystery Jackpot has become more usual on 888 Group sites than any other game.

Cover all 5 numbers and you’ll definitely enjoy a golden time!

Bingo Roulette is open once per day and tickets cost 5p.

Better yet, tickets only cost £1 each – so you have no excuse to miss out on this one!

The member’s area at Golden Pound Bingo shares a comparable purple and white layout to several other 888 Group sites, but is still as responsive and user-friendly as the main site.

This is equally true for mobile browsers – which works in Golden Pound Bingo’s favor, as there are no dedicated mobile apps.

Although Golden Pound Bingo doesn’t openly advertise their rewards system, we know they have one, as we unearthed a few details in their Terms & Conditions.

The Golden Pound Bingo Loyalty Club is fairly basic; players earn loyalty points by depositing and wagering cash. They can then exchange those loyalty points for bingo bonus cash!

Finally, as always, you need to provide ID when creating your Golden Pound Bingo account.

Golden Pound Bingo isn’t new to the world of online bingo, but they only had 2 user reviews that we could find online.

The first review by “Emberz” gave the brand 1/5 stars, complaining they never received their promised bonus and support was no help:

Meanwhile, the second reviewer, “dawn19”, rated the brand 5/5 stars and praised them for not having a pink site and receiving a case of wine on the site’s behalf:

After checking them out we think you’ve be better off take a look at our list of the best online bingo sites here instead.

And don’t forget to leave your own review below!