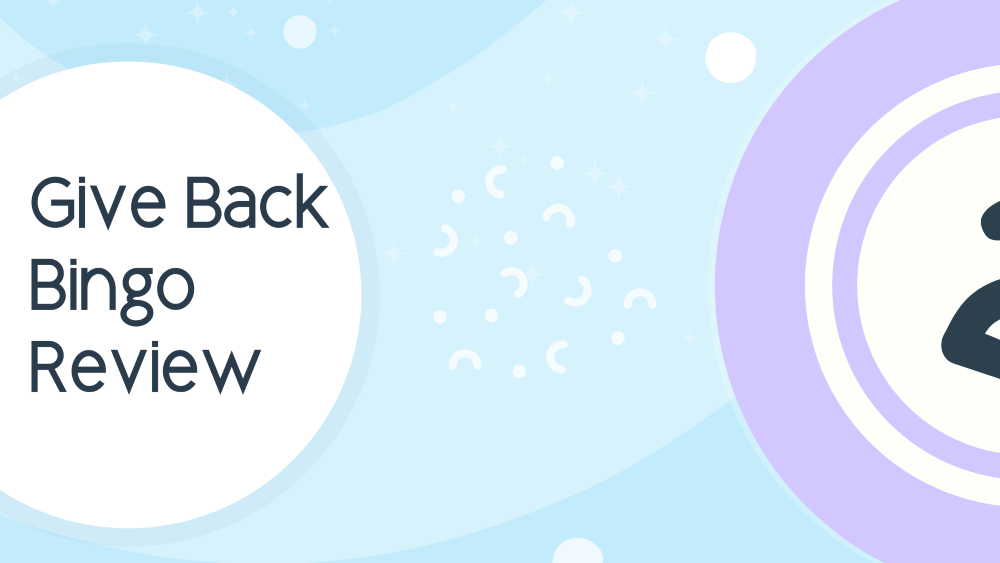 Is Give Back Bingo’s “feel good about yourself” promise enough reason to join?

Read our Give Back Bingo review to find out!

About Give Back Bingo

Daub Alderney LTD, who is part of The Rank Group PLC, owns Give Back Bingo, and they must be doing something right because they have a 25% share in the UK’s online bingo market!

Naturally, they keep it legal by using a Great British Gambling Commission license.

They promise, “your jackpots, bonuses, and rewards won’t be any smaller as we’ll be dipping into our pockets to donate.”

lthough Give Back Bingo was launched in 2016, the website is still fresh, modern, and responsive on all devices.

If you get stuck, Give Back Bingo offers 24/7 live chat support. Or you can reach them via:

You can also find Give Back Bingo on Facebook with over 700 likes and Twitter, though both social media accounts haven’t been active recently.

Give Back Bingo does require ID and other documents before you’re able to play bingo on their site.

What Bingo Games Does Give Back Bingo Offer?

Give Back Bingo VIP Club

If you fancy joining Give Back Bingo, be sure to check out the VIP Club.

As you deposit, you’ll earn points and climb up the 6 ranking tiers to unlock new rewards, such as daily free spins and cards, birthday offers, double loyalty points, and more!

Give Back Bingo Reviews

Out of the 11 reviews we first found, many (especially the most recent) were complaints. This left Give Back Bingo with an overall user rating of just 2/5 stars.

The complaints seem to follow a similar pattern of calling Give Back Bingo an “awful, awful, awful” site.

Many users had difficulties with the verification process for their submitted documents. Those who were able to get in also complained there was “no point” to the bonuses and there were “some very nasty spiteful remarks made about newbies in the silly chat columns”:

User MAW25 describes in detail how players had their winnings stolen:

On another site where we source verified user reviews, Give Back Bingo was given a 2.7/5 overall user rating. However, many of the users echo the same sentiments.

Others complain it’s nearly impossible to get any wins—and even when you do, it takes extraordinarily long for withdrawals to complete:

On a more positive note, user Geeenie says “there’s a nice choice of rooms” and from the few hours they spent playing, “there were no repeat winners.”

However, the user also mentioned they would update their review if they decided to keep playing with Give Back Bingo—that was in early 2017, with no update since:

Overall the reviews aren’t great for Give Back Bingo and the player count and prizes are very small.

Why not check out our list of the best online bingo sites to play at here instead?

And if you’ve played at Give back Bingo then don’t forget to leave your review below!