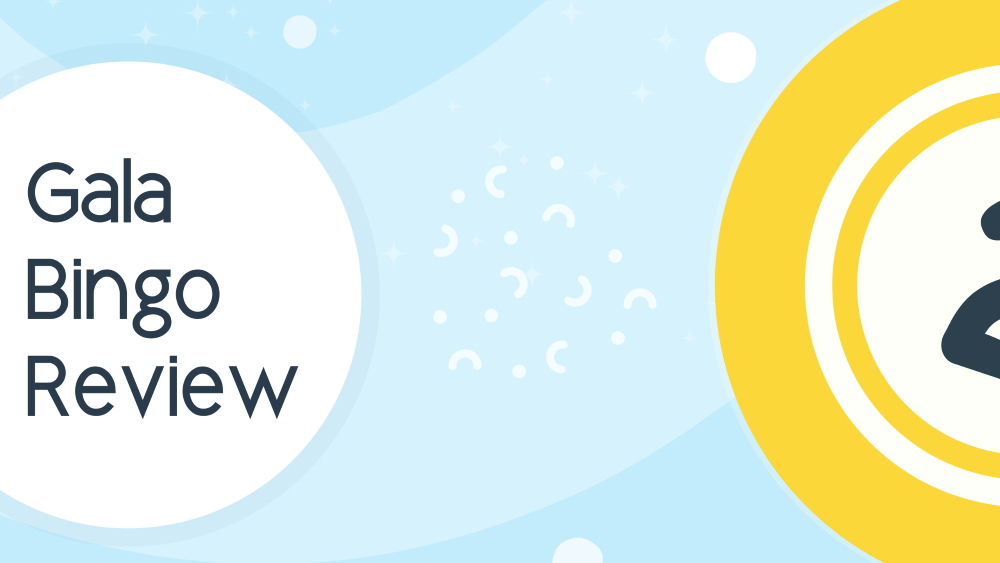 Gala Bingo used to have more than a hundred bingo halls in the UK before selling them to Buzz Bingo.

Now they offer bingo exclusively online but does their web presence live up to their bingo hall legacy?

Read our Gala Bingo review to find out!

Who Are Gala Bingo?

GVC Holdings currently owns Gala Bingo, though the brand was originally developed in 1991 by Bass plc.

Gala Bingo became independent sometime after but ended up selling all 126 bingo halls to Caledonia Investments in 2015, when the clubs were then rebranded Buzz Bingo who are currently ranked #2 on our list of the best bingo sites!

The website originally launched in 2005 but was overhauled in 2020 with a modern feel and responsive desktop and mobile design.

But if you’re partial to playing bingo on your phone, you’ll find the dedicated Gala Bingo iOS and Android apps work even better than the browser option.

The mobile apps are available for download on the official website or on the app stores for free.

No matter where or how you play Gala Bingo, the brand relies on the PlayTech gaming software.

If you ever find yourself in a pinch, you can reach their support staff via:

As with most bingo sites, Gala Bingo requires ID verification before you can access their member’s area.

Withdrawals can take up to 24 hours for some methods, but up to 5 business days for others. There’s also a £10 (or equivalent) minimum on all withdrawals.

Gala Bingo has 4 lobbies to choose from:

The 90 Ball Lobby is where you’ll find Gala Bingo’s most popular games. While some of the rooms only attract 13 to 30 players, others are known to pull 900+ at a time!

Prizes are often more than £300 and the progressive jackpots reach high numbers like £80,000 and more.

Games run all the time and tickets only cost between 1p and 10.

This lobby isn’t nearly as popular as the 90 Ball variants, with player activity typically ranging from 40 to 300 per game.

There are 5 rooms worth mentioning under the Special Games heading—this isn’t so much a separate lobby but another way to find unique games available at Gala Bingo.

Deal or No Deal: is available in both 90 ball and 70 ball versions. In this exciting game, you stand a chance to increase your winnings after getting a full house. The banker offers you the choice — deal or no deal?

Coronation Street Bingo: is themed after the popular soap show. Its biggest draw, however, is the £10,000+ being paid out every day to players.

Interstate 75: is, of course, a 75 ball bingo game that follows the theme of the open road. There are multiple ways to win “so fasten your bingo belts” because “it’s wheelie good!”

Rainbow Riches: This is Gala Bingo’s 40 ball room with 4 different prizes up for grabs at all hours of the day.

You unlock new rewards as you level up based on points earned. You need to be over the age of 18 to unlock Levels 1-5 and 26 or older to continue progressing.

Level 10 requires an invitation to join and the exclusive rewards are not revealed on the website.

Despite winning awards from some of the most respected review sites online, Gala Bingo has some surprisingly negative reviews mixed in with the positive.

Some of the common complaints include constant issues, winnings not being paid (and prizes usually going to the same players no matter what room you’re in), and poor customer support:

Most of the positive reviews are from 2015 to 2018, suggesting there was a fairly recent change, as Kim suggests in her review above.

After playing at Gala Bingo I was very happy with my experience. There’s lots of games to play including specials like Deal or No Deal and Corrie Bingo and the prizes are a lot bigger than other sites.

Because this is a large bingo site there’s more players per game so you’ll probably win less often but when you do win something you’ll win bigger and can rest assured that you’ll be paid your winnings.

I’d definitely recommend joining this site. Their mobile app is really nice too!

If you’ve played at Gala Bingo then please leave your review below!

And if you’re thinking of joining then checkout these Gala Bingo bonus codes first and get a £60 signup bonus!