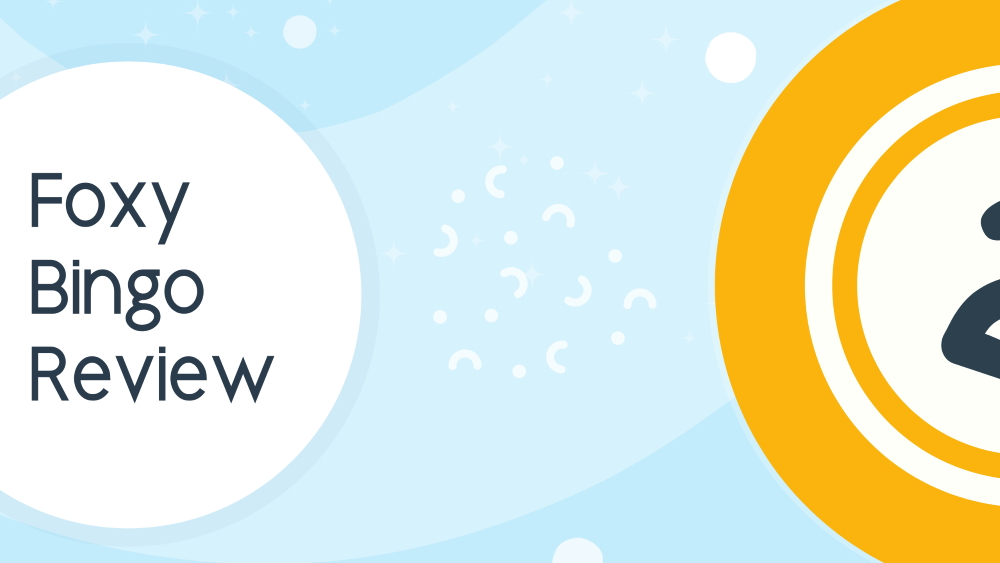 If you watch daytime TV then you’ve probably already heard of Foxy Bingo.

If you’re tempted to join, give our Foxy Bingo review a read to see if it’s worth your time!

Foxy Bingo was launched in 2005 by Cashcade, one of the gambling brands owned by GVC Holdings PLC and They have a UK gambling license.

The site is nicely designed and feels fresh, with a foxy mascot to match the name. If you’re using an iPhone, you’ll be happy to know there’s a Foxy Bingo iOS app.

And while there isn’t an app for Android users, the Foxy Bingo website does load properly in mobile browsers and is just as responsive. Foxy Bingo uses ElectraWorks software.

You can take advantage of their 24/7 live chat feature if you need help. Otherwise, you can also contact Foxy Bingo via:

Foxy Bingo is fairly active on Facebook with 3 to 5 posts weekly and over 44,000 likes.

You need to provide ID before you can start playing on the site. If Foxy Bingo has a minimum withdrawal amount, it is not mentioned anywhere.

Which Games Does Foxy Bingo Offer?

These games are split between 24/7, daily, weekly, and monthly games, and can be found in their respective lobbies.

There are some great jackpots to be won, so let’s take a quick look!

The Foxy Bingo 90 ball lobby offers 12 rooms, so most of the games are found here.

Once you deposit funds into your Foxy Bingo account, you can also access the 3 free games found in this lobby.

There’s a new game running almost every minute in the 90 ball lobby, making it very popular. Some games only have about 10 players on average but others go up to 900 at a time!

One of the 90 ball games is a FRIENDS-themed room that features characters from the popular TV series.

Tickets cost 10p each and the prize pot is only £4, but there’s also a progressive jackpot that’s currently over £1,000.

Player activity is usually quite low — only 3 to 30 players.

You can find a new game in this lobby every minute or so, with 10 to 20 players on average.

Foxy Bingo’s 30 ball bingo game, Dirty Gertie, runs 24/7 with tickets only costing 2p each. There’s £50 up for grabs with only 5 to 20 other players to compete with.

Foxy Bingo offers a rewards program called Foxy’s Perks, where you get a certain percentage of money back that you can withdraw after accumulating at least £1.

Foxy Bingo has a mixed bag of reviews.

Some complain about not receiving their welcome bonus or not being able to withdraw any money they win using that bonus, as well as a slow withdrawal process in general.

Others also bemoan the fact that the same players always seem to win and the prize pools are very small:

On the other hand, players like that the site is easy to navigate and has a great community:

Overall, Foxy Bingo seems to be a nice place to play some bingo, especially if you’re attracted to the foxy brand.

They do have some nice games running all the time and big prizes to be won.

If you’ve played at Foxy Bingo then don’t forget to leave your review below!