Fairground Bingo Review (2022) Should You Join? 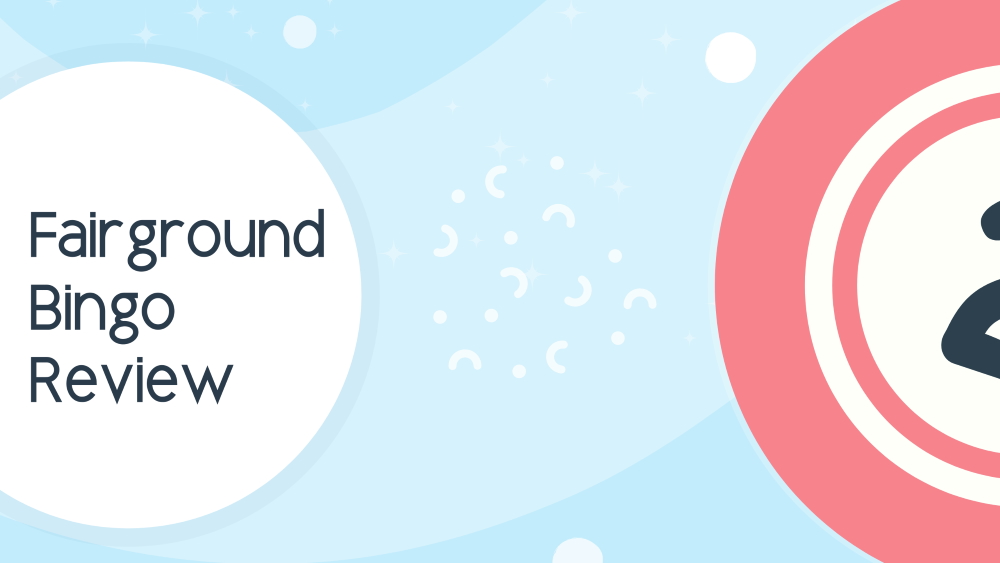 But will it deliver on its fun-tastic promise or leave you wishing you’d played bingo at the fair instead?

Read our Fairground Bingo review to find out!

Fairground Bingo is an older addition to the 888 Group’s online gaming empire, having been launched in 2015.

Despite this, the website’s design feels fairly modern, though it’s also very similar to many other 888 Group sites, albeit with a minor fair theme.

If you’re feeling lost, you can contact Fairground Bingo via:

Mystery Jackpot is a staple among 888 Group sites – and for good reason!

The game attracts attention because, as the name implies, the jackpot remains a mystery until just before the room opens. Based on what other 888 Group sites revealed, the jackpot is randomly selected to be between £10 and £500.

Fairground Bingo offers a 75 version only.

Bingo Roulette is another 888 Group must-have.

Cover all 5 numbers and the jackpot is yours!

If you like mixing things up by playing the slots, then you might be interested in WOW! – a 90 ball bingo game that gives you the chance to win 100 free spins!

The room opens once daily and tickets cost 1p each.

Millionaire’s Night is Fairground Bingo’s biggest jackpot game, with a £1,000,000 jackpot up for grabs once a month.

The member’s area at Fairground Bingo offers a red and white design – not unlike dozens of its sister sites. Regardless, the design is user-friendly and the member’s area is as responsive as the main site.

Meanwhile, unlike most of its sister sites, Fairground Bingo doesn’t advertise their Loyalty Club. Thankfully, due to the Loyalty Club Hotline being listed, we noticed its existence and went digging for more information!

There are some details mentioned in the Terms & Conditions, describing a very basic rewards system, where players earn loyalty points by making deposits. The loyalty points can then be exchanged for bingo bonus cash.

Finally, as always, you need to provide ID when creating your Fairground Bingo account.

Despite being a relatively well-established and active bingo site, Fairground Bingo only has 7 user reviews. The brand doesn’t seem too popular either, with an overall user-rating of just 1.57/5 stars.

Pretty much all of the complaints mention Fairground Bingo not honoring their promises, especially when it comes to sign-up and deposit bonuses:

Overall Fairground Bingo has a nice design but it’s not a very active site and there’s a few too many negative reviews for it.

And if you’ve played at Fairground Bingo then don’t forget to leave your review below!