Empire Bingo Review (2023) Should You Join Or Not? 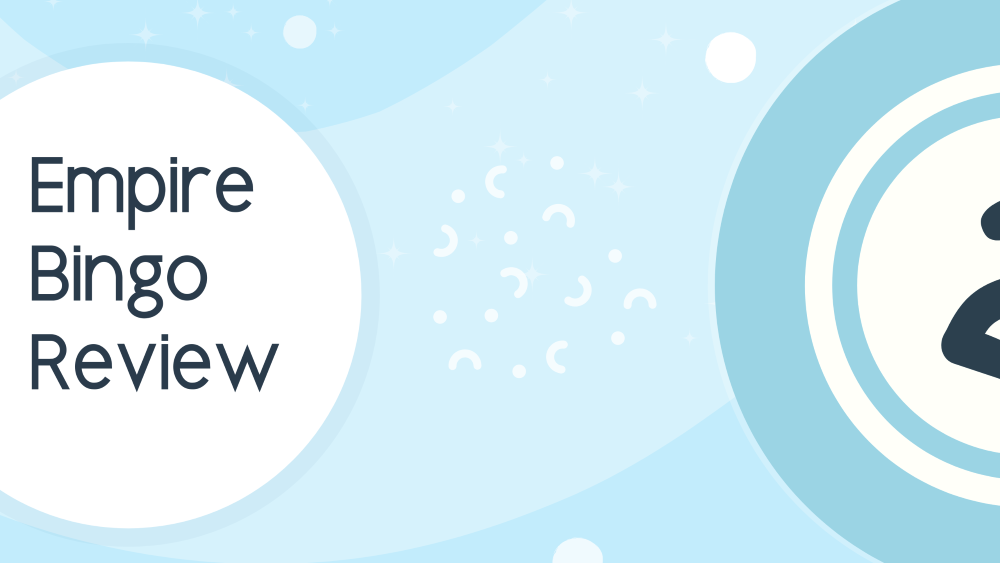 If you dream of building your own empire in the world of online bingo then you might be thinking of joining Empire Bingo!

But is it worth your time and money or is it a dying relic?

Read our Empire Bingo review to find out!

Empire Bingo was launched by Jumpman Gaming in 2015, so the brand is fairly well established by now.

Likewise, Jumpman Gaming is also well established, with over 100 casino, slots, and bingo brands they’ve custom designed for business partners over the years.

They use a Great Britain Gambling Commission license for all UK operations.

The Empire Bingo website has a clean, playful design, making it easy to navigate. Unfortunately, it does feel outdated and the empire theme isn’t really discernible.

If you need help, you can send an email to support@empirebingo.com.

The brand also has its own semi active Facebook page, with new posts every so often.

Empire Bingo throws all of their bingo games into one user-friendly, easy-to-navigate lobby:

The member’s area at Empire Bingo is nicely designed and as responsive as the main site.

This is true for both computer and mobile browsers – which is great, as Empire Bingo offers no dedicated mobile apps!

The platform uses the proprietary Jumpman Gaming software as well as Pragmatic Play.

With that said, although Empire Bingo isn’t as active as their bigger competitors, they try making up for it with their Loyalty Scheme rewards program:

As you deposit and play, you’ll earn loyalty points called Kudos. The more Kudos you collect, the higher up in the 4 loyalty levels you’ll progress, unlocking new rewards such as daily cashback, birthday bonuses, and free spins!

There are 4 levels, which you collect trophies to progress through by completing tasks.

As you level up, you get a free Mega Wheel spin and the chance to win progressively bigger prizes!

As always, you need to provide ID when creating your Empire Bingo account.

We were only able to find 4 reviews in total for Empire Bingo, giving the site an overall user rating of just 1.25/5 stars.

Players complain about poor customer service, their winnings not being added to their accounts properly, and neither the promotions nor rewards systems working properly:

Unfortunately, we couldn’t find any positive reviews for Empire Bingo so it might be better to checkout our list of the best online bingo sites instead.

And don’t forget to leave your Empire Bingo review below if you’ve played there!