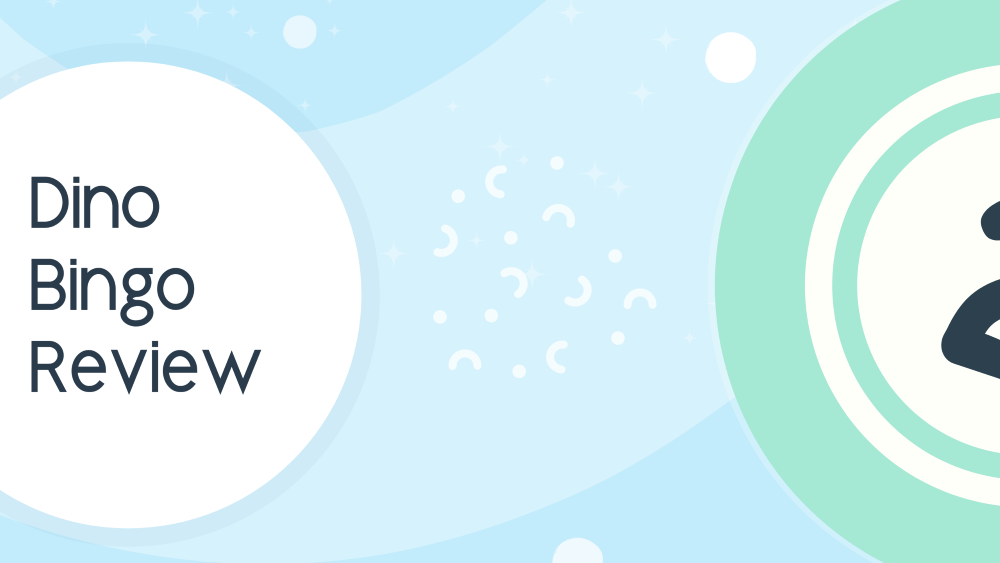 If you’re looking for a new site to satiate your T-Rex sized appetite for online bingo then perhaps you’re thinking of joining Dino Bingo!

But does it deliver on its promise of Jurassic jackpots or is it a meteor strike waiting to happen?

Read our Dino Bingo review and see for yourself!

Dino Bingo is owned by the 888 Group, who is well-known in the bingo world.

Dino Bingo is one of the company’s older ventures, having been launched in 2015. Despite this, the design is user-friendly, with a cute dinosaur theme that keeps it fresh.

If you’re feeling a little overwhelmed, you can contact Dino Bingo via:

As the name implies, Mystery Jackpot’s jackpot remains a mystery until just before the room opens.

Based on what other 888 Group sites show, the jackpot is between £10 and £500, but is randomly selected every time!

Dino Bingo offers a 75 ball version of the popular game.

Bingo Academy is a free 90 ball game that runs regularly.

As the name implies, Bingo Academy is aimed at new Dino Bingo players who are still learning how to play.

Dino Bingo doesn’t say how much you can win, but either way the prize is real cash!

The member’s area at Dino Bingo shares a similar design with and is as responsive as the main site. This is also true for mobile browsers – which works in Dino Bingo’s favor, as there aren’t any dedicated mobile apps available!

Every time you make a deposit and wager cash, you’ll earn loyalty points called Diamonds, which you use to level up through the 5 tiers. As you do, you’ll unlock rewards such as:

As always, you need to provide ID when creating your Dino Bingo account.

Despite being a relatively well established bingo brand with good player activity, Dino Bingo only has 3 user reviews. The brand doesn’t do so great unfortunately, with an overall user-rating of 1.33/5 stars!

Players complain of receiving bad customer support and not getting the promotional bonuses they were promised. Some also mention Dino Bingo seems like a clone of other bingo sites, including sister sites Rio Bingo and Costa Bingo:

Dino Bingo has a nice theme and there’s a good selection of games running but there’s not many players to chat with and the reviews aren’t amazing so you might want to take a peek at our list of the best bingo sites here first!