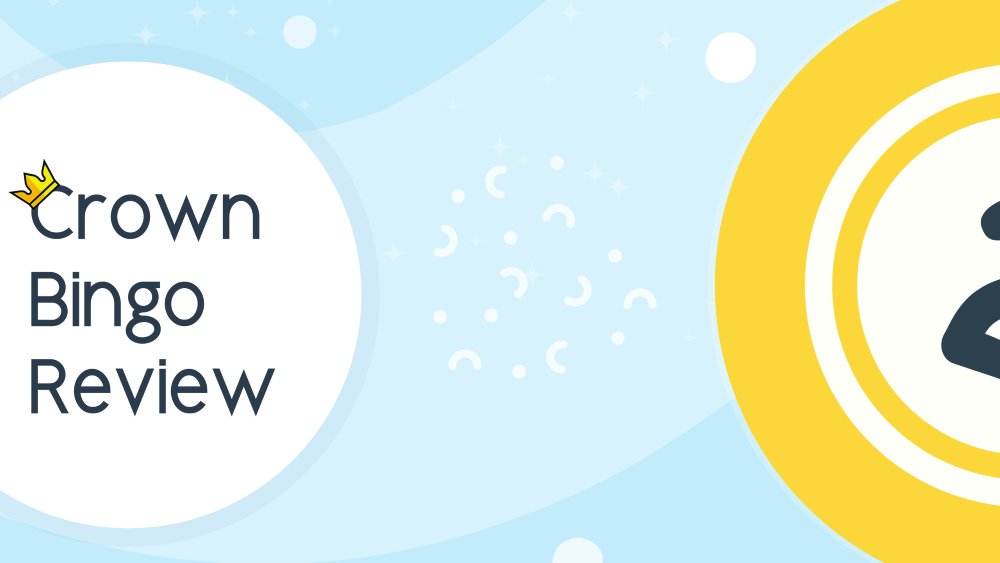 Crown Bingo promises “a wide range of online bingo rooms that will suit all players.”

If that sounds enticing and you’re a bingo lover, take a few moments to read our Crown Bingo review to see whether it’s the right fit for you.

Who Are Crown Bingo?

Based in Malta, LeoVegas Gaming PLC launched Crown Bingo in 2004.

They also have a remote bookmakers license for Ireland, which Crown Bingo registered with the Revenue Commissioners in 2017.

A few other bingo sites owned by LeoVegas Gaming include;

Crown Bingo seems to operate solely online although there are physical bingo halls in the UK that operate under the same name, but these are owned by a different company (Peter Arnett Leisure & Crown Bingo) and have a very slightly different logo.

Make sure you’re visiting the right site (crownbingo.com) if you decide to sign up!

The Crown Bingo Website offers an attractive turquoise theme with pink and purple details but it seems a little outdated and feels cramped, like it was designed for the old box-shaped desktop monitors instead of the wider modern screens.

However, it does load quickly and is very easy to navigate. Almost everything you need is right at the top.

The Help page opens in a new tab so you don’t lose your place.

You’ll find some FAQ answers here but if you need more assistance, you can use their live chat feature or send an email to support@crownbingo.com.

Crown Bingo is fairly responsive on social media as well.

Unfortunately, Crown Bingo doesn’t have a mobile app for Apple users, though there is an Android version available from Google Play.

The website runs very well on mobile devices and the layout makes more sense when viewed on a smaller, narrower screen, so Apple users can still join the fun.

And whether you’re playing on your computer or your smartphone, the basics remain the same. Both versions of the site run on the same software, which includes:

Before you can join any of the bingo rooms, you need to register a Crown Bingo account.

This includes providing some personal information and valid ID.

The Terms and Conditions also say Crown Bingo needs to verify your name, address, and date of birth before your account is activated.

The minimum deposit is also £10, but as of 13 April 2020, you can no longer use a credit card or other credit-based payment method for online bingo sites.

The Newbie Room is one of Crown Bingo’s most attractive promotions.

But it’s not the only perk for registering an account! After staking your first £10, you’re also awarded 100 free bingo tickets to use in the Bargain Bingo Room for 7 days.

All members are also able to partake in the daily jackpots. 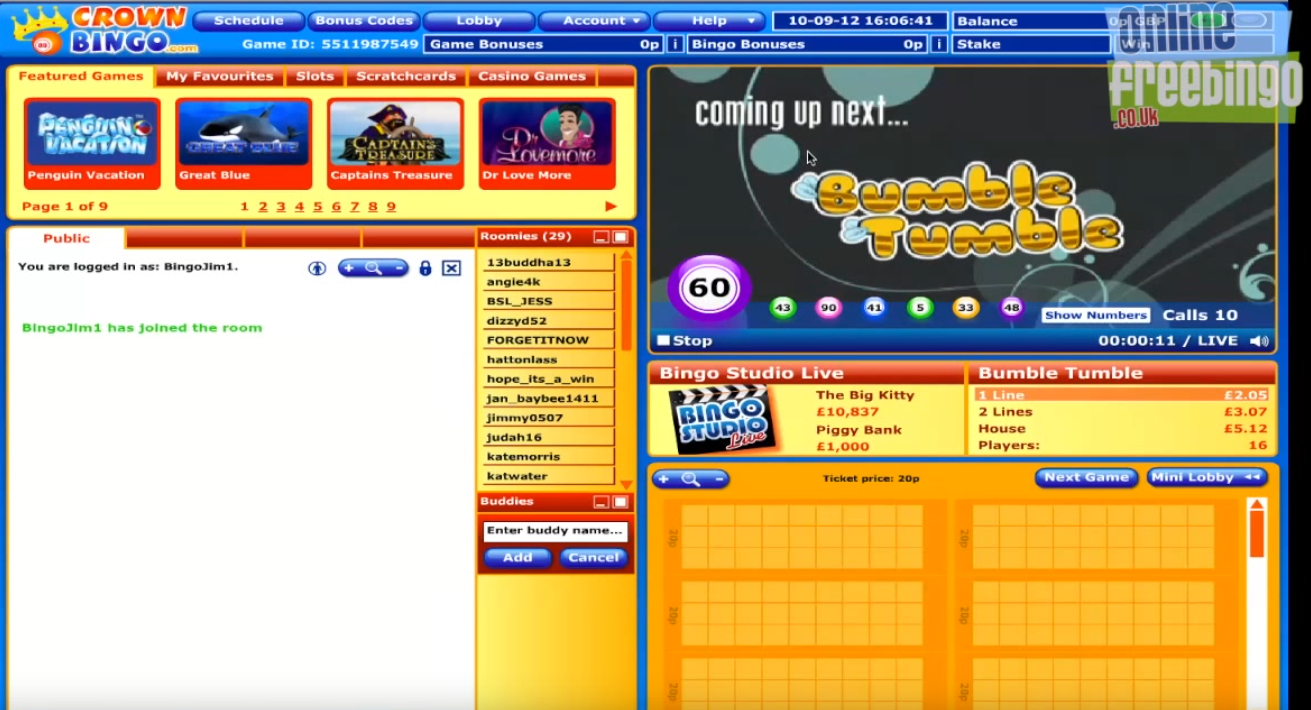 The member’s area is very similar to the public-access area at Crown Bingo, with an almost identical design.

This means you can get a good idea of the usability experience before registering.

Like the main website, the member’s area is easy to navigate and loads quickly without any connection issues.

Bingo games run regularly in the open rooms and you can usually get one at least every 5 minutes.

Crown Bingo isn’t as active as their competitor sites. But there are still plenty of opportunities to chat with other players and make new bingo friends.

In addition to the daily jackpots and the New Players Promotion, Crown Bingo also offers a special rewards program called the VIP Room.

This exclusive, invite-only room is only made available to players who have staked £30 or more over the previous 7 days.

Based on reviews from around the web some users are unhappy with Crown Bingo’s withdrawal system and customer service quality.

For example, Andy requested a withdrawal and only noticed a week later that Crown Bingo sent him a verification link using a different email address than usual.

But after sending them the requested documents, he was told his account had been “accidentally suspended.”

A few days later, Andy was told the mistake was fixed and his withdrawal was being processed.

However, 3 weeks later, he still hadn’t received his money and Crown Bingo stopped answering his emails:

Sibel gur had a similar experience, with her account being suspended suddenly after requesting a withdrawal of her £400 winnings:

Jane also says Crown Bingo charged £14 from her bank account a year after she closed her account.

After opening a complaint and providing the relevant information, she says customer service repeatedly insisted she give them a copy of her full bank statement:

It would be easy to shrug these off as disgruntled players who are looking to blame someone else for losing money playing bingo.

But Crown Bingo’s license shows these reviews have some truth to them.

According to the license, the site failed to pay more than 11,000 players!

Crown Bingo was fined £600,000 for this, false-advertising, and a few other charges.

However.. some reviews have good things to say about Crown Bingo.

Sezra Lee9991 points out the live chat team has always been very friendly toward her, which contrasts with the poor customer support others received via email:

Have you played at Crown Bingo?

Then let us know about your experience by leaving your own review below!