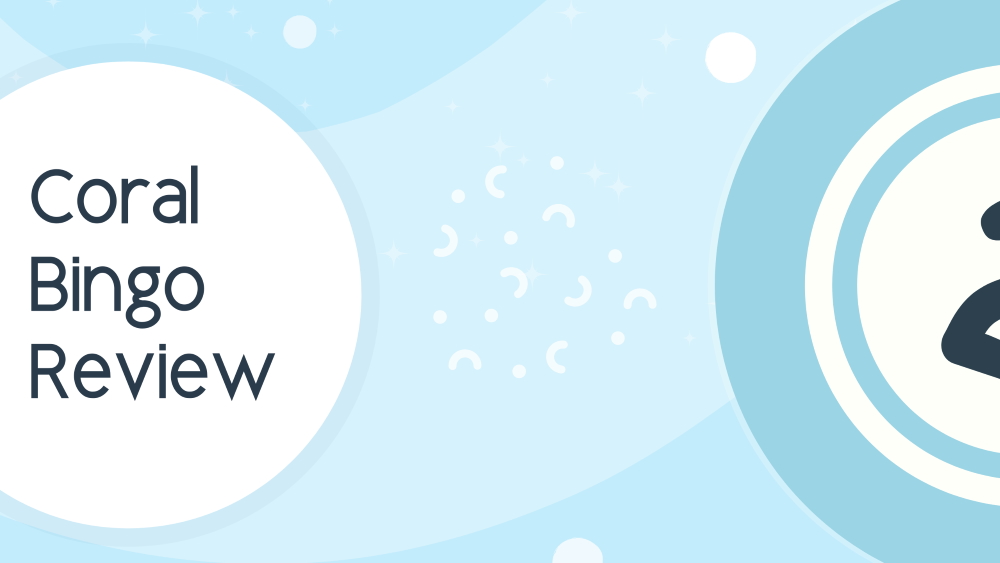 Take a moment to read our Coral Bingo review and see if you should join!

Who Are Coral Bingo?

The company has established themselves as one of the UK’s biggest bookmakers since 1926.

They have a Great British Gambling Commission license.

The Coral Bingo website loads quickly and is easy to navigate, regardless of whether you’re using a computer or a smart phone.

Coral Bingo offers an iOS mobile app. Android users will have to visit the website via their mobile browsers.

If you need help, Coral Bingo gives you the following options:

Coral Bingo offers a variety of bingo games spread out in 4 lobbies:

There are some large jackpots and progressive jackpots to be found here, so let’s take a quick look at each lobby!

There are 9 rooms to choose from in the 90 ball lobby.

Some run 24/7, while others are daily, weekly, or monthly.

Two of the games are free to join and the others cost 2p to 50p per ticket.

Depending on the game, there are anywhere between 10 and 3,000+ players. The free ones and those that don’t run very often are the most popular!

It’s also worth highlighting the special FRIENDS™ BINGO game, which runs 24/7 and features characters from the popular TV show.

Tickets are only 5p each.

There are usually between 10 and 30 players per game – which means better chances of winning!

There’s only one 80 ball game available, but it runs 24/7 and tickets only cost 5p each.

The prize pool is quite low, as there are usually only 4 to 20 players at a time.

However, the progressive jackpot is at £960.92 and growing!

With so few balls, you can imagine why it’s called SPEEDBALL!

The prize pool is quite low, as there are usually only 5 to 30 players per game.

Coral Bingo offers a basic VIP program where you can earn loyalty points based on how much you wager over time.

The more points you collect, the higher your VIP level and the faster you unlock better rewards!

Coral Bingo has one of (if not the) highest user ratings we’ve seen online: 4.34/5 stars based on more than 300 user reviews!

However, if the newest reviews are any indication, Coral Bingo recently made some changes users aren’t happy about.

Sue says the new site is “appalling” and she’s moved to another bingo site because she isn’t happy anymore:

Tracey also says the new site is “absolutely shocking” and she misses the old platform. However, she doesn’t give any insight as to what she’s not happy about with the new site:

Futurehomie, on the other hand, says the low stakes and decent chats make for a brilliant experience at Coral Bingo:

Mosesja also says (in 2018 at least) that Coral Bingo was “the best online casino site” for bingo:

StillTalking was equally enthusiastic. The only complaint they had was some players could become disruptive in the chats and there weren’t always chat hosts to keep things in order:

Coral are a Sportsbook who offer online bingo and unfortunately it seems they’ve made some changes recently that players aren’t happy about.

Having said that, they do payout winnings, bingo games run all the time and there’s nice prizes to be won so if you like the look of Coral then this may be the site for you.

If you’ve played at Coral Bingo then leave your review below!