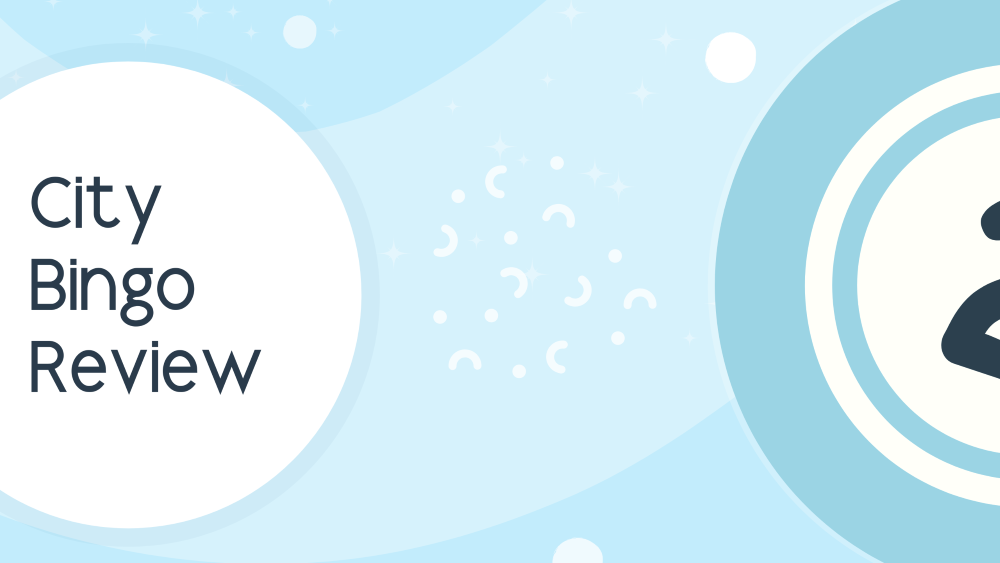 Is City Bingo the bustling, city-center of the online bingo world—or is it the dodgy pub everyone steers clear of?

Read our City Bingo review to find out!

The City Bingo website was launched in 2011 and even though the site is relatively old, it is responsive on all device types and features a fresh, modern design.

As always, you need to provide ID when creating your City Bingo account.

These are spread out across 6 lobbies, including one free lobby, with a variety of games that run daily, weekly, and monthly.

The ticket prices range from 1p to 25p each for the regular games, which attract between 10 and 150 players at a time.

For games with a dedicated or progressive jackpot (which goes up to £1,300+), the tickets cost between 5p and 25p each. These games naturally attract higher player activity, between 10 and 1,300+ per game.

There are a few special games worth pointing out:

Mystery Jackpot is an 888 Group standard.

As the name implies, the jackpot remains a mystery until just before the room opens.

Based on what other 888 Group sites reveal, the jackpot is randomly selected to be between £10 and £500.

If you’re a member of the City Bingo VIP Program, you’ll also have access to the 4 exclusive VIP games.

There’s a free one that runs once daily with a £25 jackpot, 2 weekly games with £50 jackpots, and one monthly game with a £500 jackpot.

The daily and monthly rooms are free to join, while the two weekly games that run on Tuesdays and Thursdays cost 1p to join.

There are 5 tiers in total that you progress through by making deposits and wagering cash to unlock rewards, such as free slot spins and real cash.

We could only find 17 user reviews for City Bingo online, but the site fares a lot better than most of its sister sites with a user rating of 3.47/5 stars.

The complaints are pretty standard: the same winners winning games across the site, chat hosts who have “no idea what they’re doing”, and games very quickly becoming boring.

One user was so disappointed with City Bingo that they set their username to feelrippedoff and said, “since it merged with other sites, what a disgrace it has become”:

Back in 2014, twerky also complained the system was rigged to make it difficult to withdraw all your winnings:

It feels like City Bingo needs a bit of updating and improvements to their bonus requirements but apart from that they have a good selection of games to play so they’re not all bad.

If you’ve played at City Bingo then don’t forget to leave your review below!