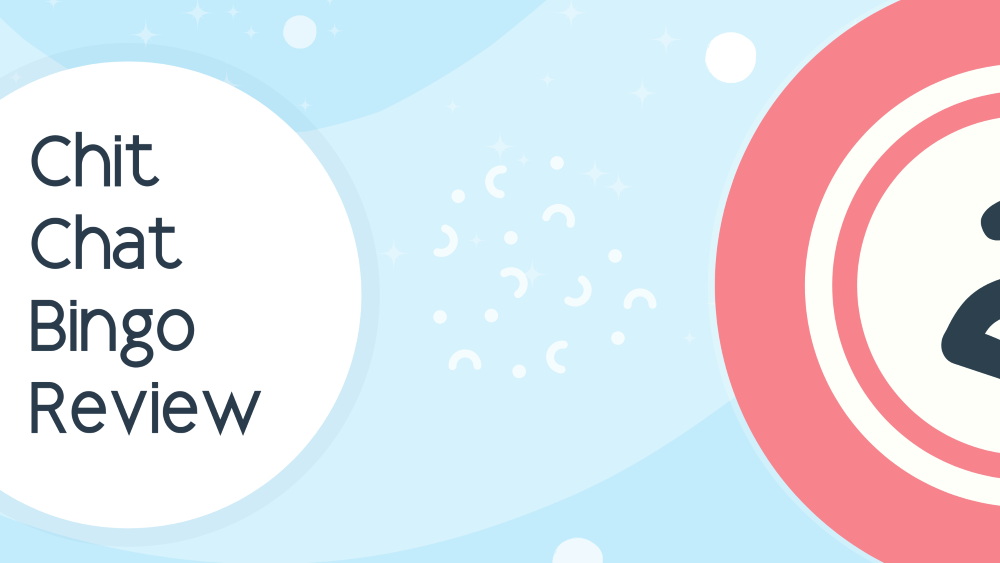 Are you looking for a new online bingo experience with a bit of chit chat?

Then Chit Chat Bingo might be worth checking out!

But is this mystically themed bingo site the right one for you?

Read our Chit Chat Bingo review and see for yourself!

Chit Chat Bingo is owned by 888 Group, who operates via their Great British Gambling Commission license.

Chit Chat Bingo is one of the 888 Group’s somewhat older ventures, being launched in 2010.

Even so, the website’s overall simplicity works in Chit Chat Bingo’s favor, as there are no dedicated mobile apps and the site is responsive on all devices!

If you’re feeling overwhelmed, you can contact Chit Chat Bingo via:

The brand also has its own Facebook page with over 4,000 likes and is rather active with 3 to 5 posts every week.

As always, you need to provide ID when creating your Chit Chat Bingo account.

Chit Chat Bingo also has a few free bingo games, although a deposit is required before you can join.

Chit Chat Bingo only offers a 75 ball version, which is called the Royal Room Mystery Jackpot.

Bingo Roulette is an 888 Group standard.

The 52 ball game mimics the popular casino game, with a roulette wheel being spun to determine numbers called out. Players cover called numbers with casino chips.

Cover all 5 numbers and you win the prize pool!

Bingo 52 isn’t a very popular game, but it gives you the chance to mix online bingo with the experience of a card game! There are 52 numbers called per game, using playing cards instead of balls.

The game costs 5p to join and offers a progressive pot.

The Big £10,000 is Chit Chat Bingo’s big-ticket monthly game, with a £10,000 jackpot up for grabs. The tickets cost £10 each, but you can also win them through the Chit Chat Bingo loyalty program.

As you deposit and wager real cash, you earn loyalty points called Jewels. The more points you collect, the faster you advance, unlocking new rewards along the way!

With only 19 reviews to go off of, Chit Chat Bingo walks away with an overall user-rating of 2.21/5 stars.

On a more positive note, players also praise Chit Chat Bingo for having nice offers and bonuses, a good layout, good selection of games, and nice chat hosts (though these are all much older reviews):

Chit Chat Bingo does have a nice selection of games to play and prizes to be won but the mixed reviews are a little off putting and the player count is quite small so there aren’t a huge amount of people to have a natter with if you fancy having a chit chat.

Don’t forget to checkout our list of the best bingo sites here and leave your review below if you’ve played at Chit Chat Bingo!