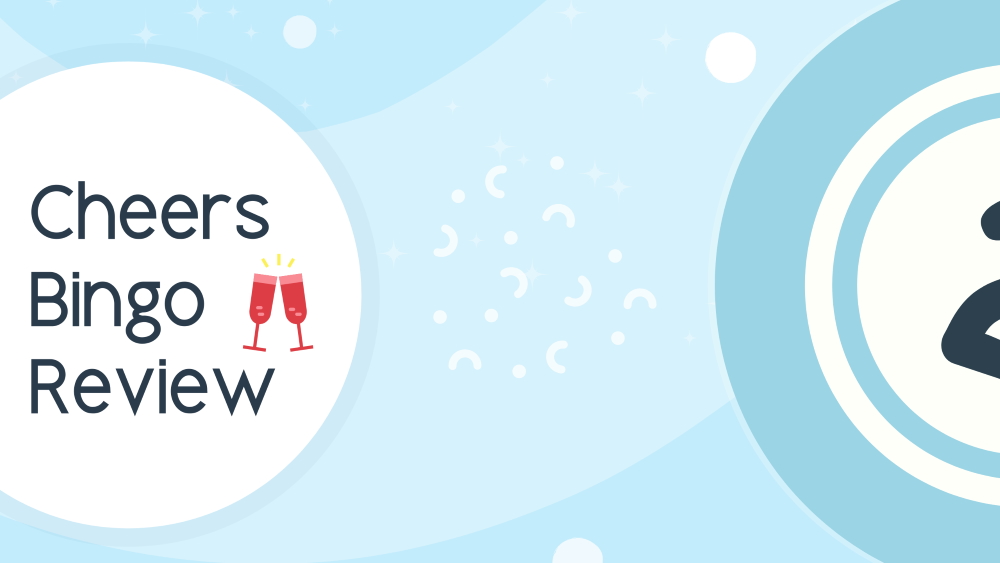 Cheers Bingo promotes itself as a special bingo site with an excellent community.

Read our Cheers Bingo review to find out!

Who Are Cheers Bingo?

Cheers Bingo displays a bright, colorful theme and fresh design. This makes it easy to navigate and quick to load.

They don’t offer any mobile apps, but the site works just as well on mobile browsers.

There are a couple of options for contacting Cheers Bingo:

Cheers Bingo won’t ask for any documents immediately, but you will need to upload a valid ID, proof of address, and proof of payment method before you can make any withdrawals.

Unlike their competitors, Cheers Bingo doesn’t have a minimum withdrawal amount.

However, withdrawals do have a 72-hour pending period. After that, it can take 1 to 3 days to arrive in your account.

Instead of having lots of lobbies with a few games in each, Cheers Bingo offers one lobby for all 13 games:

Most of the games run daily, some weekly, and there’s one game running once a month.

The games are all pretty standard, with 75, 80, and 90 ball games available. Many offer a progressive jackpot that varies depending on how many players sign up.

This doesn’t always work in your favor, as some games (like the Bingo Billions 80 Ball and 75 Ball variants) have 0 players an hour before starting.

Mega Bingo Millions, which is a monthly game, is the most popular, with nearly 300 players signed up 2 weeks in advance.

Overall, you can expect jackpots of between £10 and £10 million.

Games run smoothly and tend to have 3-30 players per game which isn’t as much compared to some of the bigger sites which might mean you have a better chance at winning.

Cheers Bingo doesn’t have the huge, exciting community they promise. But what they lack in numbers, they make up for with their Trophy System.

The Trophy System lets you level up by completing achievements on the site. Each time you level up by 5 trophies, a new reward becomes available on the Mega Wheel (typically involving free spins).

Although Cheers Bingo isn’t as active as other bingo sites, the user reviews we found were mostly positive!

Welshi1969 is one of the few users to make a complaint. They left a 1-star review after being given a bonus code that expired a year earlier.

A year later, Fenny called Cheers Bingo “the WORST bingo site ever.” They also gave the site 1 star, saying they were kicked out after complaining about a progressive jackpot:

However, since then, users have been very happy with Cheers Bingo.

In early 2017, TheresaBingo said Cheers Bingo puts her in the party mood with their great bonuses and theme.

TracyLFC also said it’s nice not having huge crowds joining every game, although there are still enough players to make it an exciting experience.

Sezet49 said there’s nothing special about Cheers Bingo, but it’s still a fun place to play – and the best one they’ve ever come across.

So even though Cheers Bingo is a smaller bingo site we think they have a nice theme, good games to offer and people seem to enjoy playing there.

What do you think?

If you’ve played at Cheers Bingo then don’t forget to leave your review below!