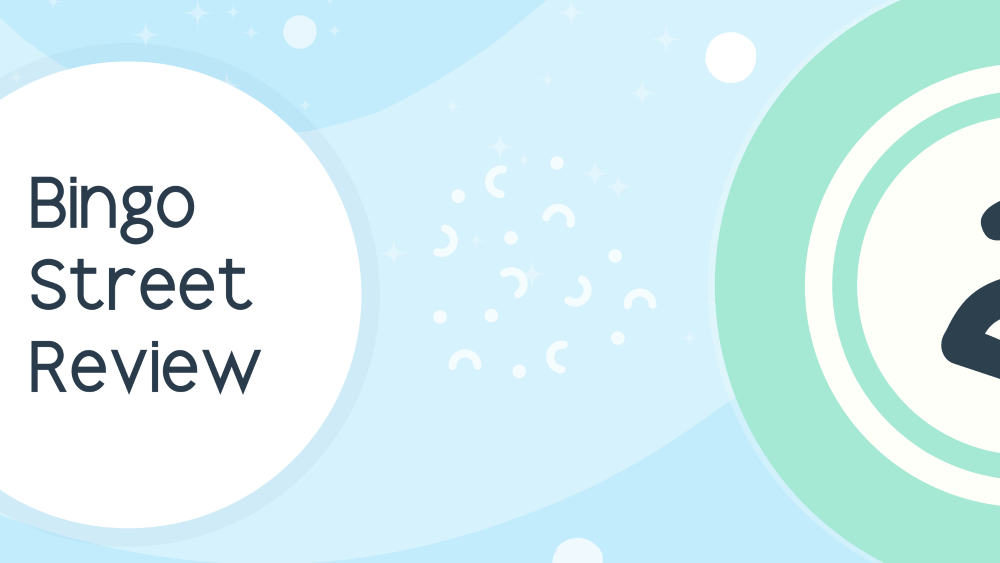 Word on the street is, you’re looking for a new online bingo community and perhaps Bingo Street is the one for you!

But will it make you feel part of the neighbourhood or like an outsider?

Read our Bingo Street review to find out!

Bingo Street is owned by the ever-popular 888 Group, who is known to have 25 million loyal customers worldwide. 888 Group launched Bingo Street in 2011, making the brand a rather old one.

Unfortunately, that age is quite tangible when you look at the Bingo Street website design.

Still, the site works perfectly, and the layout is standard enough to make you feel right at home.

If you’re feeling lost, you can contact Bingo Street via:

Mystery Jackpot is a popular bingo game on most 888 Group sites.

The jackpot is randomly selected to be between £10 and £500, but remains a mystery until about 10 seconds before the room opens!

Bingo Roulette is another 888 Group standard, which mimics the popular casino game.

A roulette wheel is spun to determine numbers called out. Players then cover the called numbers with casino chips.

Cover all 5 numbers and the jackpot is yours!

Monthly Mega Gems is Bingo Street’s big-ticket 90 ball game, with a £5,000 jackpot up for grabs.

As the name implies, this room is only open once a month. The tickets cost 10p each.

The member’s area at Bingo Street shares a similar design with and is as responsive as the main site. It’s the same when viewed on a mobile browser too.

However, you can also play Bingo Street with the dedicated iOS or Android mobile apps:

If you’re feeling lucky, you might want to join the Joy Gem VIP Club:

Collect loyalty points by depositing and wagering real cash and level up through the 4 tiers! As you do, you’ll unlock rewards like:

As always, you need to provide ID when creating your Bingo Street account.

Bingo Street is a fairly old bingo site by now. Despite the relatively high player activity, the 5 user reviews we found online are all from 7+ years ago.

The brand doesn’t seem to have been too popular with users back then, as it had an overall score of just 2.6/5 stars.

Complaints followed the usual trend, with players calling the site boring and full of technical issues. They also mentioned the small prize pools as a problem:

Bingo Street has a good selection of games to play and doesn’t feel over-crowded but you might still want to checkout our list of the best bingo websites here first.

And if you’ve played at Bingo Street then don’t forget to leave your review below!