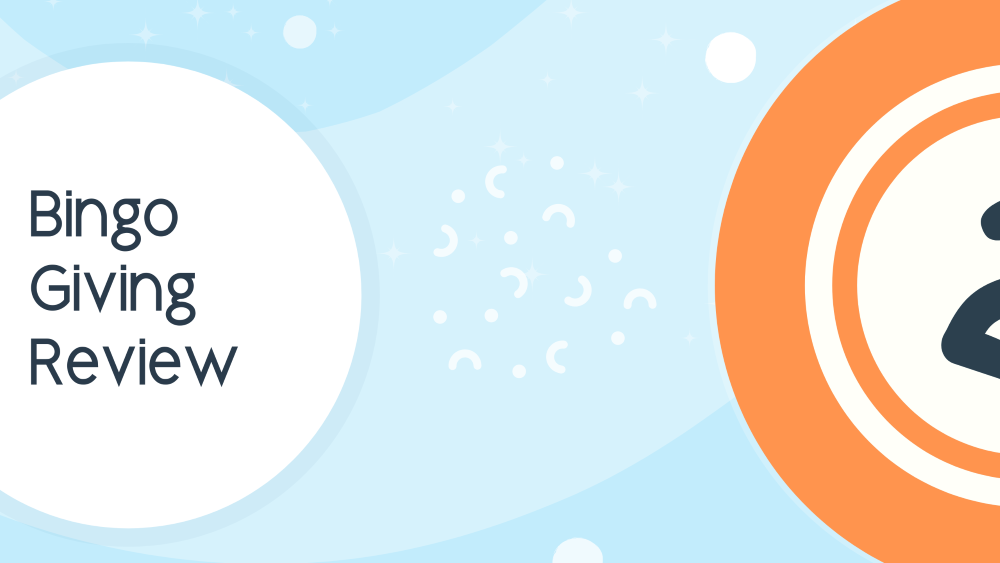 If you’re tired of feeling like all you do is give, give, give, while your current online bingo site just takes, then maybe Bingo Giving is the site you’ve been looking for!

But is it well-named?

Read our Bingo Giving review to find out!

Bingo Giving is owned by the ever-popular 888 Group, who is known to have 25 million players across the globe. 888 Group launched Bingo Giving in 2010, making the brand relatively old.

Luckily, the overall design feels quite modern and the site works perfectly!

If you’re feeling lost, you can contact Bingo Giving via:

Mystery Jackpot is a popular bingo game on most 888 Group sites and others.

Bingo Roulette is another 888 Group standard.

Cover all 5 numbers and you take home the gold!

Super Millionaire is Bingo Giving’s big-ticket 75 ball monthly game, with a £1 million jackpot up for grabs.

The tickets cost just £1 each, so there’s no reason to miss out!

Finally, if you enjoy mixing things up by playing the slots, then Temple of Bingo might be the game for you.

This 90 ball daily game is absolutely free to play and offers you the chance to win 25 spins.

The member’s area at Bingo Giving shares a similar purple design with and is as responsive as the main site. The same can be said for mobile browsers. This is great, as Bingo Giving offers no dedicated mobile apps!

As always, you need to provide ID when creating your Bingo Giving account.

Being a relatively well-established bingo site, we were a little surprised to find Bingo Giving only has 4 user reviews. Even given the low player activity, we were even more surprised to see the most recent user review was made in 2014!

But the brand does very well, with an overall user-rating of 5/5 stars.

That’s right – all 4 of the user reviews we found gave Bingo Giving the highest possible score, with no complaints at all!

Instead, they praise the brand for having friendly chat hosts who help keep the site’s atmosphere friendly. Players also mention enjoying the bingo rooms and finding the promotions good:

With positive reviews and a good selection of games to play that run round the clock it looks like Bingo Giving is a nice place to play some bingo. The only downside is that the player pool is relatively small so there’s not tons of players to interact with.

Don’t forget to checkout our list of the best online bingo sites here and leave your Bingo Giving review if you’ve played there!