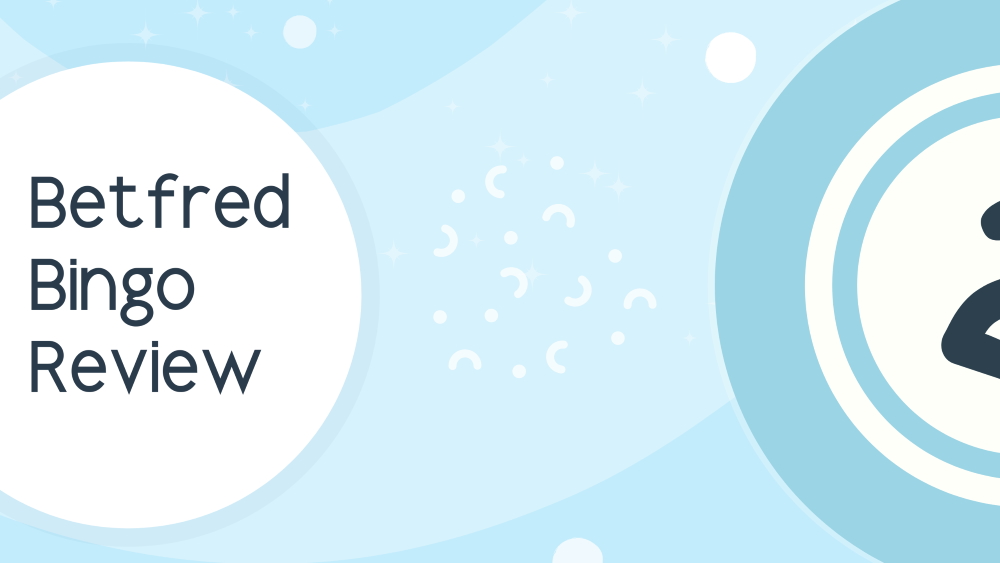 “From 90 ball bingo to 3 ball bingo and just about everything in between, Betfred Bingo has got something for everyone.”

Is that really what you can expect from Betfred Bingo or is the company taking the public for a ride?

Read our Betfred Bingo Review to find out.

Who Are Betfred Bingo?

Betfred Bingo is just one online facet of the Betfred bookmaker company.

The company was started back in 1967 by Fred and Peter Done, who use their winnings from betting on England to win the 1966 FIFA World Cup.

Since then, Betfred has become a UK “Top 4” bookmaker with more than 1,600 venues.

In 2006, they launched Betfred Bingo and became a household name in the online bingo community.

Despite being one of the oldest online bingo sites, Betfred Bingo offers a fresh, modern feel.

The iconic Betfred Blue dominates the simplistic design, making it easy to navigate no matter which device you’re using.

If you don’t fancy playing via your mobile browser, however, you can check out the dedicated mobile apps for iOS and Android users.

All versions of the online bingo platform use the PlayTech gaming software, Virtue Fusion.

Betfred Bingo is also semi-active on their dedicated Facebook page.

To comply with gambling and anti-money laundering laws, you’ll need to submit ID and other documents when opening a Betfred account.

What Games Does Betfred Bingo Offer?

Unlike most of their competitors, Betfred Bingo does away with the stagnant lobby format.

Instead, they keep a rotating display that shows the 8 bingo rooms set to open next:

But don’t make the mistake of thinking these are the only bingo games you’ll find here.

Overall, Betfred is a very active bingo site. Games with bigger jackpots generally average 40 to 300+ players, while the 1p games often have 900+!

Extreme Bingo is the room to enter if you’re pressed for time but looking to get your bingo fix.

Tickets for this speed round game are only 2p, but you stand a chance to win a very quick £30.

Cash Cubes 4 is one of the 30 ball bingo games Betfred Bingo advertises. It’s perfect for when you have a couple minutes, but not long enough to play a full 75 or 90 ball game.

Tickets are in the premium 50p range, however.

In addition to their active Bingo rooms, Betfred Bingo boasts a range of chat rooms. This means you can always find the right crowd when you feel like socializing!

If you do decide to join, don’t forget to take advantage of their Rookie Room. For your first 10 days as a Betfred Bingo member, you have free access to 10 games every hour, with a £2 prize every game!

Best of all, there’s no deposit necessary.

If there’s one thing you can say about Betfred Bingo, it’s the company behind the brand listens to its clientele.

We could only find 34 user reviews online, but the negative ones are almost all from 2017 or before.

Since 2018, Betfred Bingo has been getting mostly positive reviews.

The complaints are also quite common to almost all online bingo platforms: missing welcome bonuses (or bonuses the player didn’t like), low payouts, and seeing the same winners:

Overall Betfred Bingo seems to be a really nice place to play some online bingo, especially if you’re familiar with the brand.

They have lots of nice bingo games to play, players to chat with and prizes to be won so you should definitely check them out.

If you’ve played at Betfred Bingo, then don’t forget to leave your review below!