Angry Bingo Review (2023) Will It Make You Happy Or Angry? 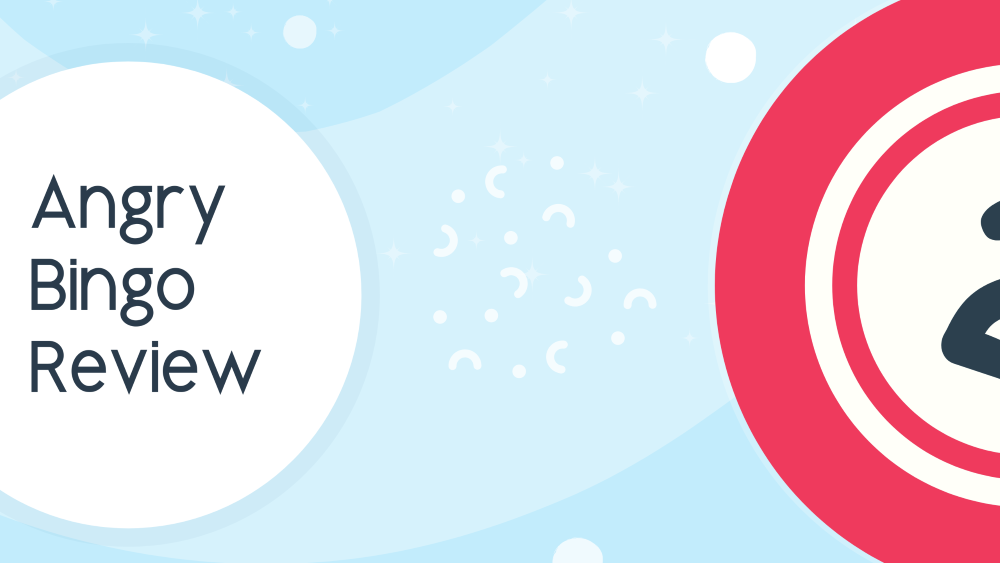 If you like the Angry Birds game, but would rather play bingo online instead then maybe Angry Bingo is the brand for you!

But will Angry Bingo leave you feeling hot-headed or soaring on cloud nine?

Read our Angry Bingo review to find out!

They launched the brand in 2014, making Angry Bingo relatively well-established.

Angry Bingo’s logo and color theme (red and light blue) give a nod to the Angry Birds game the site appears to be based on.

Although that inspiration isn’t reflected elsewhere, it gives the Angry Bingo website a nostalgic essence without making it feel old.

Mystery Jackpot is a popular bingo game on most 888 Group sites and dozens of others.

The jackpot remains a mystery until just before the room opens. Based on what other 888 Group sites show, the jackpot is randomly selected, but always between £10 and £500.

Bingo Academy is a free 90 ball game that runs regularly.

As the name implies, Bingo Academy is aimed at new Angry Bingo players who are still learning how to play.

Angry Bingo doesn’t say how much you can win, but the prize is real cash!

The member’s area at Angry Bingo looks similar to the main site and is just as responsive.

The same can be said when visiting through mobile browsers! This is good news for members who enjoy playing bingo on-the-go, as Angry Bingo doesn’t have dedicated mobile apps!

You can also join the Angry Bingo Diamond Club:

Once you’re a member of the loyalty program, you can level up through the 5 tiers by depositing money into your account. The more Diamonds you collect and the higher you rank, the better the rewards!

As always, you need to provide ID when creating your Angry Bingo account.

Although Angry Bingo is a relatively old site, the brand only has 5 user reviews. Still, they do quite well, with an overall user-rating of 3.6/5 stars!

Complaints follow the usual trend, with players mentioning the same winners in almost every game.

They also mention the live chat support is slow and inattentive, and that there aren’t always a lot of players online:

On a more positive note, players also praise Angry Bingo for being fun, offering fast withdrawals, and having a great customer support team:

Angry Bingo has a nice design, a good selection of games to play and jackpots to be won.

If you’ve played at Angry Bingo then don’t forget to leave your review below!